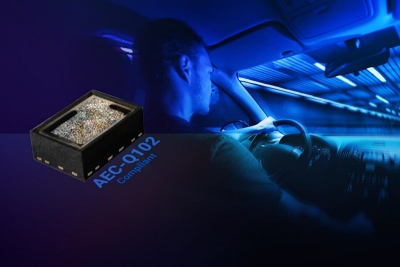 Diversified photonics company II-VI, which is on the brink of acquiring laser giant Coherent, has reported record-breaking sales of $828 million for the three months ending March 31.

Beating the company’s February forecast, that figure resulted from what CEO Chuck Mattera described as a “tremendous surge in demand” that also saw the Pittsburgh firm book $1.2 billion in new orders.

The surge in bookings also means that II-VI’s backlog now stands at just above $2 billion, up 88 per cent on the total a year ago.

“Our customers clearly want even more of what we deliver,” the CEO told an investor conference call discussing the latest developments, adding:

“We are witnessing the convergence of communications, computing, and consumer electronics.”

Semiconductor squeeze
According to II-VI’s figures, photonics-related sales of $568 million in the June quarter were up 12 per cent year-on-year, while the firm’s compound semiconductor division brought in $260 million, down around 6 per cent.

Echoing recent comments by many other executives in the photonics sector, Mattera pointed out that, despite the record-breaking figures, II-VI’s sales were limited by the ongoing shortage of basic semiconductor components - and would have been $65 million higher without those constraints.

“Currently, our ability to ship such products is highly constrained by the availability of semiconductors,” said the CEO. “Over time, we expect these constraints to ease.”

But those shortages are also driving “explosive” demand for additional semiconductor capital equipment used to manufacture chip devices, with parts such as diamond optics from II-VI used in various key platforms, including lithography tools.

“We are aware of our responsibility as an extremely important part of this supply chain,” Mattera said. “So we are investing in manufacturing capacity to keep with the pace of demand.”

The II-VI team also said that there was record demand for fiber laser cutting heads in the March quarter, with the market for industrial lasers remaining strong.

But it is demand for photonic components in datacom and telecom deployments that continues to provide the backbone of the II-VI business, with particularly strong sales of 980 nm pump lasers, and demand for reconfigurable optical add-drop multiplexer (ROADM) components continuing to outstrip availability, because of the chip supply chain problems.

On the plus side, Mattera said that the recent Covid-related lockdowns in China, which have affected other businesses in the photonics sector, had so far had a minimal impact on II-VI.

“We have a great team in China, [and] they have done an extraordinary job,” said the CEO.

Coherent merger
Turning to the pending merger with the laser maker Coherent, Mattera told investors that the deal should now be completed by the end of June.

Agreed in March 2021, II-VI had initially expected to merge with Coherent before the end of last year, before that date was pushed back to the opening quarter of 2022, and then to mid-May.

The reason for the delay appears to be ongoing discussions with China’s State Administration for Market Regulation (“SAMR”), which II-VI insists are progressing well.

Looking ahead, Mattera and his colleagues expect a further rise in sales in the June quarter, to somewhere between $840 million and $880 million. They pointed out that the total would have likely been around $100 million higher, were it not for the current supply chain constraints.

• Following the update, II-VI’s stock price appeared virtually unchanged on the Nasdaq. Currently trading at close to $60, the firm commands a market capitalization in the region of $6.4 billion.