Lumentum given until March 22 to respond as II-VI’s latest cash-plus-stock offer is deemed ‘superior’. 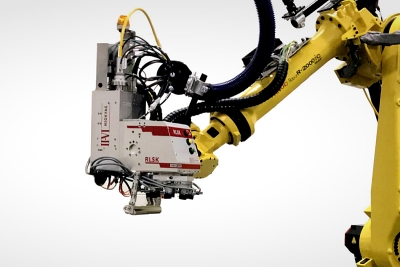 II-VI has once again raised the stakes in its attempt to acquire laser company Coherent, with its latest cash-plus-stock offer judged superior to that received from Lumentum just a day earlier.

Santa Clara-based Coherent almost immediately announced that the latest bid was deemed by its financial and legal advisors to be superior to Lumentum’s March 17 cash-plus-stock bid, which was valued at $6.9 billion.

As a result, Lumentum has been set a new deadline of 11:59 pm Pacific Time on Monday, March 22, to revise its offer once more. On the previous two occasions that Coherent has issued such deadlines, Lumentum has responded with an increased bid roughly equivalent to that of II-VI.

One key difference between the two offers is that the original Lumentum proposal agreed with Coherent back in January included a substantial termination fee of $217.6 million. If Coherent does end up rejecting the Lumentum proposal, that fee would become payable.

Bain Capital equity investment
The potential for II-VI to increase its offer was hinted at in a recent filing with the US Securities & Exchange Commission (SEC) detailing the financial support that the photonics company has arranged with private equity giant Bain Capital.

According to II-VI’s earlier proposal, revealed in its March 12 release, Bain had committed to a $1.5 billion investment in support of the merger plan.

But in a series of presentation slides detailing its investment thesis, Bain indicated that it would invest “up to” $2 billion in preferred equity, suggesting some financial headroom to further raise the Coherent offer. The preferred stock issued to Bain would also pay a 5 per cent annual dividend.

Responding to news of the latest raise from II-VI, Lumentum said that it did not expect to comment further until the new March 22 deadline was reached - and once again stressed that Coherent would face the hefty termination fee if it ends up rejecting the Lumentum merger agreement.

If II-VI and Coherent do end up merging, the deal would create an extremely large and diverse company with expertise and substantial market share across several market sectors served by optics and photonics technologies.

However, any such deal would remain subject to approval by shareholders of both companies and regulators in various geographies.

• News of the latest II-VI offer sent Coherent’s stock price up by around 5 per cent on the Nasdaq in pre-market activity on March 18. Trading at $270, the stock has risen in value by close to 80 per cent since January 14, day before the initial merger agreement with Lumentum was announced.