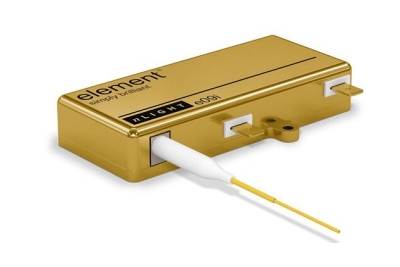 nLight, the US maker of fiber and semiconductor lasers headquartered in Washington state, has reported first-quarter sales largely in line with market expectations - but warned that the recent Covid-related lockdowns in China were now having an impact on the business.

Revealing a net loss of $8.6 million on revenues totaling $64.5 million for the three months ending March 31, CEO Scott Keeney said that the actions taken in Shanghai and elsewhere were adding to existing supply-chain difficulties.

“These issues were significantly exacerbated by the unexpected Covid lockdowns in Shanghai and other cities in China.”

And although he described the impact of those lockdowns on the nLight business as “relatively minimal”, it did mean that the company was unable to recognize several million dollars of revenue during the latest quarter.

Despite that, Keeney said that nLight was still seeing healthy underlying demand from customers, with continued diversification making it less reliant on the Chinese materials processing market.

“Industrial growth outside of China has come from strategic customers where we continue to increase our share of [spending],” noted the CEO. “In several cases we've been selected as our customers’ exclusive laser provider.”

2 µm fiber lasers
While many of those industrial customers have typically been migrating to higher-power fiber lasers that enable faster cutting, sales of lower-power sources have also been strong, for use in new additive manufacturing processes.

“We've had some very nice design wins there, and [are] really helping to transform that market,” Keeney told investors. “Customers are using both more lasers and more effective lasers with our beam control to significantly reduce the cost of parts made with additive manufacturing.”

Adding to that diversification strategy now will be nLight’s new series of 2 µm lasers, launched last month at the LASER World of Photonics event in Munich, Germany.

“This technology has important applications in all of our end markets, with an initial focus on the medical market,” Keeney explained. “We have several design wins and our lasers are being used to dramatically improve outcomes in the treatment of kidney stones and other urology applications.”

The range of sources includes both continuous-wave (CW) and quasi-CW options, delivering powers of up to 100 W in CW, and 625 W in the QCW format.

“These highly reliable and energy efficient lasers operate at 1940nm wavelength and provide up to 7J of energy for your most demanding applications,” stated the firm. “Options include a high-power multimode output or a medium-power singlemode output, ideal for a diverse set of medical, industrial, scientific, aerospace and defense applications.”

• Looking to the future, Keeney and his executive team are expecting to post a similar sales figure for the June quarter, with revenues forecast to be somewhere between $59 million and $67 million.

If correct, that would represent a fall from the company’s record-breaking sales total of $69 million reported for the second quarter of 2021.