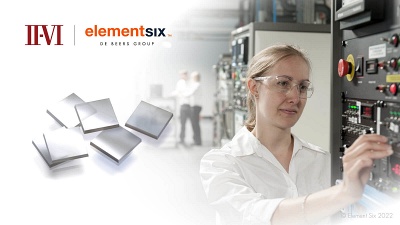 The merger of two of the largest companies in the photonics sector - US-headquartered II-VI and Coherent - is now expected to close around mid-May this year, after further delays gaining clearance for the deal in China.

Agreed last March following a protracted bidding war, the merger was initially expected to close by the end of 2021. That date was then pushed back to the opening quarter of this year, before II-VI revealed the additional delay when it released its latest quarterly financial results on February 9.

Despite the delay, II-VI CEO Chuck Mattera indicated that in three out of the four jurisdictions where antitrust clearance is needed approval was either in place already or imminent, and that talks in the fourth - China - were progressing well.

“II-VI and Coherent are continuing to work constructively with the State Administration for Market Regulation (“SAMR”), and we now anticipate closing the acquisition by the middle of the second calendar quarter of 2022,” said Mattera. “We are ready and set to go.”

Pump lasers and transceivers
Meanwhile, Mattera and his executive team reported sales of $807 million for the three months ending December 31, up slightly on the same period in the previous year.

And the CEO told an investor conference call that II-VI sales would have exceeded $840 million, if not for supply-chain and Covid-related disruptions that accelerated during the December quarter. Pre-tax earnings of $79.4 million were down from $106.3 million in the prior year.

The Pittsburgh-based firm, which sells a vast range of photonics products and specialist materials for electronics production, also received bookings worth more than $1.1 billion, a new record.

“Products for the industrial and communications markets led our growth year-over-year,” said Mattera, adding that the company shipped a record-breaking 100 megawatts of pump laser power in the quarter.

“The strong demand for transceivers in hyperscale datacenters and artificial intelligence superclusters continues unabated,” added the CEO. “Our sales of 200G, 400G, and 800G transceivers now represent about a third of our datacom transceiver business.”

Mattera is also expecting significant growth in shipments of ROADMs [reconfigurable optical add-drop multiplexers] this year as faster optical networks are built, and the constrained supply of electronic components needed for those products eases.

He added that demand for photonic components used in 3D sensing applications remained strong, with more opportunities for a broader set of products now arising as the technology migrates from consumer electronics to industrial and automotive markets.

In the emerging area of augmented and virtual reality, II-VI chief strategy officer Giovanni Barbarossa added that one major customer had committed to fund the company with around $50 million to develop and produce a broad range of new products, including lasers, diffractive optics, and advanced materials.

Turning to the industrial sector, Mattera said II-VI had experienced “explosive” growth in orders from semiconductor capital equipment manufacturers, and from their top-tier suppliers, for both front-end and back-end semiconductor wafer processing tools - including for extreme ultraviolet (EUV) lithography applications.

While II-VI offers products based on polycrystalline diamond, Element Six has been developing a single-crystal alternative for decades.

Steve Rummel, a senior VP at II-VI with responsibility for the firm’s engineered materials and laser optics business unit, said of the Element Six approach: “Its unique capabilities complement II-VI’s proprietary polycrystalline diamond, a material we already manufacture at scale."

Looking ahead, the II-VI executive team said that sales in the March quarter should end up somewhere between $785 million and $825 million, and limited as supply chains remain squeezed for certain key components.

Those constraints will also see the company increase prices in some areas, including products for both optical communications and semiconductor capital equipment applications.

• Following the update, II-VI’s stock price rose in value by around 6 per cent on the Nasdaq. Trading at around $69, the firm’s market capitalization stands close to $7.5 billion.