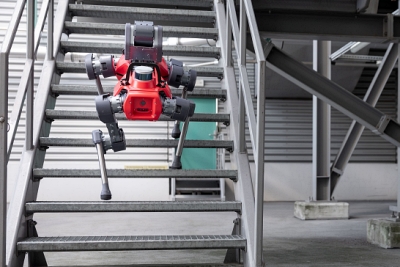 Several of the lidar technology developers that listed on US stock markets in recent months have posted quarterly financial results showing hefty losses.

US-based Aeva, Luminar, Ouster, and Velodyne, alongside the Israel-headquartered Innoviz, all reported substantial cash burn - something that is largely expected as the companies work to develop technology for future deployment in autonomous vehicles and a number of industrial applications.

Meanwhile Innovusion - a relative newcomer to the scene with strong links in China - has secured an additional $66 million in venture capital funding, indicating that investors in the crowded sector still see opportunities.

Velodyne and Luminar
Of the lidar companies to have listed their stock publicly in the past year or so, Velodyne posted the highest figure in terms of both quarterly sales and losses.

The San Jose firm, currently embroiled in a boardroom battle, was the first lidar specialist to complete its listing via a SPAC merger deal last year, and has been around for much longer than most of its rivals.

But for the quarter ending June 30, it posted sales of $13.6 million - down sharply from the figure of $28.4 million reported for the equivalent period in 2020.

That translated to an operating loss of more than $90 million, and a cash burn of nearly $28 million once stock-based compensation costs are accounted for.

The company is now expecting to post annual revenues of between $77 million and $94 million this year, compared with the total of $95 million reported for 2020.

Luminar Technologies, the second lidar firm to take the SPAC route last year, revealed quarterly sales of $6.3 million - up from $3.4 million - and the company’s executive team has upgraded its expectations for the full year, to between $30 million and $33 million.

With its target market of automotive lidar still in its infancy, Luminar racked up an operating loss of $44 million in the quarter. However, with cash and other liquid assets of more than half a billion on its balance sheet following the SPAC, the company looks to be in a solid position for the foreseeable future.

Ouster and Aeva
Ouster’s quarterly sales figure of $7.4 million also represented a sharp rise on the prior year, and the San Francisco firm now expects to post full-year revenues of around $34 million.

Like its peers, Ouster is burning through plenty of cash, with operating losses exceeding $21 million. The company lists $240 million in cash and equivalents on its balance sheet.

Silicon Valley-based Aeva, which unlike its listed peers is pursuing frequency-modulated continuous-wave (FMCW) lidar technology, said its quarterly sales rose to $2.6 million - although its operating loss for the period also ballooned, to nearly $25 million.

However, like Luminar, its balance sheet currently shows around half a billion dollars worth of liquid assets, giving it the additional financial headroom likely required to fully develop the more complex FMCW approach.

Aeva and Nikon executives discuss the collaboration to bring Aeva's 4D LiDAR technology to the industrial automation and metrology markets.

Innoviz and Innovusion
Tel Aviv’s Innoviz Technologies said it delivered $1 million in sales for the three months ending June 30, almost identical to its revenue figure for the same period in 2020. Like its US rivals, costs have swelled, leading to a quarterly net loss of more than $70 million - although $50 million of that total related to stock-based compensation.

Now employing 337 people - 70 per cent of whom work in research and development - Innoviz has recently signed a number of collaboration deals, including one with Chinese autonomous driving firm Whale Dynamic.

Innovusion, another lidar firm to be based in Silicon Valley, said it would use the additional $66 million from its series B "plus" round to increase production capabilities for automotive-grade lidar, while extending its development efforts to encompass other applications, such as high-speed rail.

The latest fundraising comes after the firm had closed a “regular” series B round worth $64 million in April. That was supported by investors in China and Singapore’s Temasek.

Temasek also took part in the series B “plus” round, as did NIO Capital - the venture wing of Shanghai-based electric vehicle manufacturer NIO.