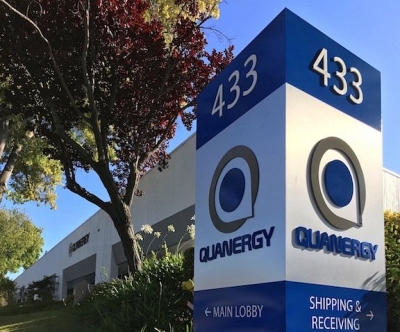 Quanergy Systems is set to become the seventh lidar company to list on the US stock market through a special purpose acquisitions company (SPAC) merger in little over a year.

The proposed deal, with Cayman Islands investor CITIC Capital Acquisition Corp (CCAC), should release $278 million to support the company’s development - of which $40 million is expected from a “PIPE” (private investment in public equity) scheme.

If the SPAC agreement proceeds as expected, it will see Quanergy join rivals Velodyne, Luminar Technologies, Ouster, Aeva, Innoviz, and AEye on the public markets.

The transaction will take place under Quanergy CEO Kevin Kennedy, well known to the photonics industry from his previous role as CEO of the optics giant JDS Uniphase. Kennedy had initially taken over from Louay Eldada as acting CEO in January 2020.

Quanergy said that as well helping to speed development efforts, the net proceeds of the SPAC will be used to pay down all the firm’s debt, and in “establishing a currency for potential future acquisitions”.

“Our OPA is a third-generation architecture, from a commercial volume perspective, intended to intercept the target scale and demanding requirements of the automotive market,” said the CEO.

“To make the OPA more tangible, think of an array of antennae, but at a micro scale, with energy or interference patterns that are computer controlled. This phased array electronically forms a beam, steers the beam, and enables the detection. The point is that there are no moving parts.”

Kennedy highlighted how the OPA approach - unlike time-of-flight or MEMS lidar schemes - more closely imitates phased array radar sensors, which are an established technology in the automotive industry.

“It is important to realize that the auto industry ships over 20 million phased array radar sensors per year, an important reason why this architecture is seen as the best fit,” he said.

But while automotive applications are eventually expected to create the biggest single market for lidar sensors, it will be some time before such units are sold and shipped in volume, and at the kind of prices demanded by the auto industry.

IoT opportunity
In the meantime, Quanergy will be targeting more established sectors where the 3D perception provided by lidar is already in demand.

“The total addressable market (TAM) has two primary legs,” Kennedy explained. “Autonomy and automotive on one hand, and the Internet of Things (IoT) on the other.

“Automotive is ultimately the largest market for lidar, but the growth curve is further out in time, resulting in a $10 billion market by 2030. This market is the most demanding in terms of cost, and performance, and reliability.

“The IoT market is expected to reach $17 billion by 2030, and it is developing with diverse threads today, fueled by a transition from legacy and 2D sensing to 3D intelligent sensing, enabled by lidar and perception software in applications for vertical markets.”

In terms of technological development of the OPA for automotive applications, Kennedy pointed out that Quanergy had recently demonstrated single-emitter prototypes with a range of up to 100 meters outdoors.

Further advances expected this year include extending that reach to 200 meters in outdoor sunlight. “This progress is a gateway to enable Quanergy to engage and update specific industry players at the end of 2021,” Kennedy said.

10x cost reduction
The CEO added that he sees the IoT market - currently estimated to be worth $2 billion - as a “bridge to the future”.

“The market is made up of existing technologies in need of augmentation or disruption,” he said. “In general, these applications are mission-critical and high-value, such as security, smart cities and spaces, and industrial automation.”

Specific examples of those applications might include “smart” airports, port automation, infrastructure perimeter protection, and robots.

“In the example of an airport where people are detected, can be tracked and classified, the greater range and accuracy of a Quanergy lidar sensor solution can result in a 10x reduction of cost versus cameras,” the CEO claimed. “In total we have over 350 customers and over 80 active trials in our IoT markets.”

If all goes according to plan, the deal should be completed by the end of the year, with Quanergy’s stock subsequently trading on the NYSE under the ticker symbol “QNGY”.