Automotive lidar pioneer has been working with the maker of InGaAs chips for the past five years. 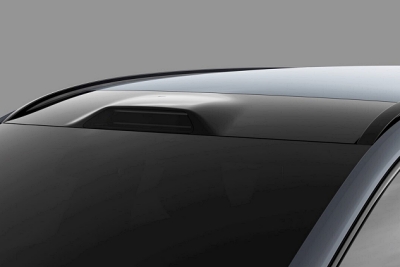 Luminar Technologies, the Nasdaq-listed developer of automotive lidar, is to acquire one of its key component suppliers as it moves its latest “Iris” system into series production.

Massachusetts-based OptoGration has been a close collaborator for the past five years, providing indium gallium arsenide (InGaAs) photodiodes operating at 1550 nm.

The wavelength, longer than that used by most automotive lidar companies, is seen as critical by Luminar, as eye-safety regulations allow much more power to be deployed - in turn helping to ensure high performance at long range.

“OptoGration has capacity to produce approximately one million InGaAs chips with Luminar’s design each year at their specialized fabrication facility in Wilmington, Massachusetts, with the opportunity to expand to up to ten million units per year capacity,” revealed the San Francisco firm.

OptoGration's technology is based around a proprietary technique called epitaxial layer transfer (ELT), something that enables monolithic integration of optical devices on foundry-processed semiconductor wafers.

"ELT resolves many packaging constraints associated with current optoelectronic component integration," states the firm on its web site. "Bandwidth-limiting parasitics are virtually eliminated, packaging costs are reduced, and yields are increased due to economies of scale."

Chip-level integration
Luminar combines the InGaAs photodiodes with silicon devices produced by its existing chip design subsidiary Black Forest Engineering (BFE), which was itself acquired back in 2017.

The resulting lidar receiver and processing chip is claimed by Luminar to be the most sensitive, highest dynamic range InGaAs receiver of its kind in the world - able to acquire and process gigabits of precise lidar data each second. The latest iteration of that proprietary chip now features in Luminar’s Iris sensor.

Last month Luminar revealed that the Iris hardware would feature on the fully-electric successor to Volvo's XC90 vehicle, which is set to be unveiled next year.

The next generation of pure electric Volvo Cars will have industry leading safety technology including LiDAR and an AI-driven super computers as standard to help save lives. The fully electric successor to our XC90 will be revealed in 2022.

Commenting on the deal, OptoGration’s president William Waters said: “Luminar is a great home for OptoGration because we share a vision for transforming automotive safety and autonomy with lidar.

“We also share a commitment to continuous innovation and have an incredible track record of combining our technologies to increase performance and lower cost. Together we can go even faster to scale and realize Luminar’s vision.”

Luminar’s co-founder and CTO Jason Eichenholz added: “The OptoGration team is unique in their ability to deliver photodetectors with the performance and quality that achieve our increasingly demanding requirements.

“Chip-level innovation and integration has been key to unlocking our performance and driving the substantial cost reductions we’ve achieved.”

If all goes according to plan, the acquisition should be completed before the end of September, say the firms. Terms of the deal have not been disclosed, with Luminar saying that the price paid “does not represent a material impact” to its cash position.

According to the firm’s most recent balance sheet, dated March 31, Luminar held just over $200 million in cash and equivalents - largely a result of the special purpose acquisition company (SPAC) merger deal that it completed in late 2020.

On August 12 the firm is due to provide a quarterly business update on its latest progress.