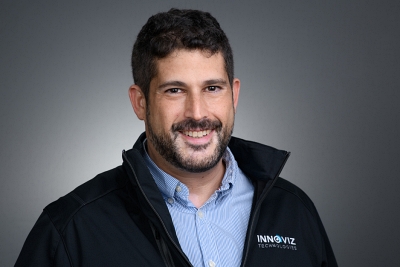 Founded in 2016 by engineers from the “Unit 81” secret technology division within the Israeli Defense Force (IDF), Innoviz says that the deal with Austin-based Collective Growth Corporation has raised gross proceeds of $371 million.

With the Nasdaq listing complete, Innoviz follows rival lidar firms Velodyne, Luminar Technologies, Ouster, and Aeva - all of whom have used the SPAC route to raise large sums of money within the past year. California-based AEye is set to join them within weeks.

‘Pivotal moment’
Innoviz says that the listing will allow it to meet what it describes as “booming demand” from the auto industry for lidar technology.

The company, which had previously attracted funding from the likes of Samsung and Canadian car parts giant Magna International, adds that it is engaged in a growing number of automotive programs with partners around the world.

Innoviz’ CEO and co-founder Omer Keilaf said: “This is a pivotal moment for the Innoviz team and a historic one for the industry at large.

“The growing demand from customers in Europe, the US, and the Asia Pacific [region], and our growing backlog attest to our significant commitment.”

Innoviz’ stock is now trading under the ticker symbol “INVZ”, with the share price holding steady shortly after markets opened on April 6.

The company’s take on automotive lidar is based around MEMS devices, and early interest from Magna, Delphi, and Aptiv culminated with Innoviz agreeing a supply deal with BMW for the auto giant’s “Level 3” autonomous platform.

We did it! 🎉 What an incredible day it was as we celebrated Innoviz going public. Thank you to everyone who supported us in achieving this amazing milestone. $INVZ $INVZW @KeilafOmer pic.twitter.com/bjgQ40orIw

905 nm laser
The approach is based around a 905 nm laser source, meaning that it ought to be cheaper to deploy and less power-hungry than rival systems from Luminar and AEye that use longer wavelengths to access the more “eyesafe” part of the spectrum that allows for much greater power deployment.

As well as the sensor element, Innoviz is providing its computer vision software platform for integration into the BMW technology “stack”.

The firm claims that its MEMS approach is also well suited to the emerging markets for driverless shuttle and robotaxi applications. “By deploying lidar around the perimeter of the vehicle, shuttle designers can avoid both occlusion and blind spots,” stated the firm in its recent stock market prospectus filing.

“Just as a human driver would cautiously move forward to peek around the truck, software can creep, allowing a corner-mounted lidar to see over the intersection and decide to go around the truck when traffic is clear.”

Trucking and delivery robot applications are also on the agenda for Innoviz, which points out that it now employs around 200 employees in research and development activity alone.

Luminar and Velodyne
Like most of the other lidar companies taking the SPAC route, Innoviz has reported very little in the way of sales revenues thus far. An income statement in the firm’s prospectus shows a net loss of nearly $50 million for the nine months ending September 30 last year, on sales of $3.7 million.

That compares with preliminary results from Luminar showing sales revenues of $14 million in 2020 for the US firm, although full figures have yet to be confirmed in an official “10-K” filing with the US Securities & Exchange Commission (SEC).

That could amount to as much as $1.3 billion in future orders and sales, believes the firm, although 2021 sales are currently expected to be somewhere between $25 million and $30 million.

Hall, who has resigned from the Velodyne board of directors in protest, added: “Unfortunately, the board as currently constituted appears to have no respect for the principles, values and culture that I spent years building at Velodyne Lidar.”