David Hall says dismissal of both him and wife Marta from lead roles suggests “internal power grab” at the lidar company. 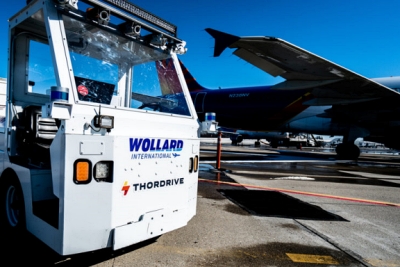 Senior figures at Velodyne Lidar, which last year became the first of a subsequent stampede of lidar technology companies to list on the stock market, are embroiled in a boardroom battle described by the firm’s founder as an “ambush”.

Former CEO David Hall, who first established Velodyne Acoustics as a designer of sub-woofer audio speakers back in 1983, has been removed from the position of chairman, while Hall’s wife Marta has been replaced as Velodyne’s chief marketing officer.

However, the Halls are also the company’s major shareholders - owning close to 60 per cent of the Nasdaq-listed firm - and remain members of the Velodyne board of directors.

Formal censure
Details of the boardroom split emerged on February 22, after Velodyne revealed that it had appointed Joseph Culkin as its new chairman, and that Sally Frykman was replacing Marta Hall as marketing chief.

Those moves were said to have followed an investigation by Velodyne’s audit committee set up to review certain statements and conduct by David and Marta Hall.

“The investigation concluded that Mr. Hall and Ms. Hall each behaved inappropriately with regard to Board and Company processes, and failed to operate with respect, honesty, integrity, and candor in their dealings with Company officers and directors,” announced the firm, adding that the pair had both been formally censured, and told to receive remedial training.

Two days later David Hall, who has stepped back from day-to-day management since current CEO Anand Gopalan was appointed around a year ago, issued a robust response.

“Marta and I firmly believe that the boardroom ambush that took place on February 19, 2021 is an affront to stockholders that undermines corporate democracy,” he stated, describing the decision by the Velodyne executives to censure the pair as a being based on an “opaque, secret investigation” into baseless, unfounded claims.

“[This] simply reveals that the Company’s governance is broken,” Hall added. “Moreover, stripping us of our respective positions - without justification - after many years of success appears more like an internal power grab than a pro-stockholder action.”

What will happen next is not immediately clear. Velodyne has since appointed veteran Nikon executive Hamid Zarringhalam to the company’s board of directors, while the Halls have used their position as key stockholders to nominate Eric Singer to stand for election to the board at the firm’s next annual general meeting.

“We are committed to righting these wrongs in the weeks ahead and plan to communicate substantive updates in the near-term,” they added, although the company has also expressed concerns about payments that it says the Halls are making to Singer.

Stock compensation
Meanwhile, Gopalan and his team have revealed that Velodyne made a pre-tax loss of $154 million in 2020, as annual sales declined 6 per cent year-on-year, to $95 million.

That was despite the company shipping more than 4000 lidar units in the closing quarter of the year, which is said to be a record high. Gopalan told investors that increased adoption of lidar across numerous industry sectors was boosting the firm’s order “pipeline”, which is said to have grown nearly 50 per cent over the course of 2020.

“It is an incredibly exciting time for lidar and for Velodyne,” remarked the CEO. “We believe we have hit an inflection point in the lidar industry.”

The effects of Velodyne’s September 2020 listing on the Nasdaq are also evident, with cash and equivalents totaling $205 million on the balance sheet as of December 31.

The figures also show that the net loss of $112 million posted in the closing quarter of 2020 was largely the result of $91 million attributed to stock compensation payments.

Excluding those and other one-time costs, Velodyne reported a quarterly cash burn of $18.8 million in the final three months of 2020, on sales of $17.9 million.

Since Velodyne's listing on the stock market via a special-purpose acquisitions company (SPAC) arrangement, no fewer than five more lidar companies have revealed similar plans, with Luminar Technologies the first of the others to complete such a deal.

Velodyne and Luminar are set to be joined on the public markets by AEye, Ouster, Aeva, and Innoviz.