Latest automotive lidar developer to list on the public markets could be the biggest yet. 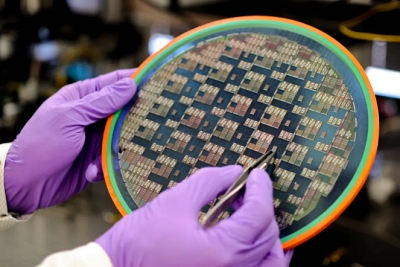 The Pittsburgh startup, which is yet to release any commercial products, will merge with venture capital group Reinvent Technology Partners Y, with strategic investment from key collaborators including Uber and Volvo.

If the deal concludes as expected, the company will hold more than $2.5 billion in cash, and says that initially it will target the trucking sector. Its stock is set to trade on the Nasdaq, under the ticker symbol "AUR".

Serial entrepreneur Mark Pincus, co-founder and director at Reinvent, said of the plan: “With this infusion of around $2 billion in capital, Aurora will be the only self-driving company funded through commercialization of the trucking opportunity and positioned to leverage this same solution for the even bigger passenger and delivery market opportunity.

“We believe Aurora will be the first to commercialize self-driving technology at scale for the US trucking and passenger transportation markets based on its industry-leading team, technology and partnerships.”

FMCW focus
While Aurora is working on several different technological elements needed for autonomous vehicles, it has chosen to use frequency-modulated continuous wave (FMCW) lidar as the “eyes” of its future systems.

The company has made two key moves related to FMCW technology. In 2019 it acquired Montana-based Blackmore Sensors and Analytics, and earlier this year it bought Optical Universal RISC Systems (OURS) Technology, an early-stage silicon photonics startup spun out of the University of California, Berkeley.

While significantly more complex to build than conventional pulsed lidar systems, the FMCW approach has several performance advantages - including Doppler-based measurement of both the position and velocities of other vehicles on the road, much lower power requirements, and very compact designs.

Other companies working on the approach include Zeiss-backed Scantinel Photonics, California-based SiLC Technologies, Australia’s Baraja, and NYSE-listed Aeva, which is one of several lidar companies to have already completed a SPAC deal.

Chip giant Intel also has a research group working on the FMCW approach, and its Mobileye division is planning to deploy the technology by 2025.

“This is not a small problem, this is one of the engineering challenges of our lifetime,” he said. “[I] just couldn’t be prouder of the quality of people we have and the depth of experience they bring.

“That experience has allowed us to invest in technologies that are maybe not obvious for those tackling this for the first time - that are really about not just ‘get to the first demo’ - but actually have a scalable, commercializable product.”

Urmson pointed to Aurora’s existing partnerships with major truck makers PACCAR and Volvo, who together make up around half of all the trucks produced in the US, as evidence of the company’s progress so far.

The company is currently expecting to launch Aurora Driver, its “Level 4” autonomous driving system for trucks, in late 2023. Level 4 autonomy is usually described as “mind off”, and capable of completing entire journeys without human intervention.