Silicon photonics company will target the wearables sector with its 'clinic-on-a-wrist' modules. 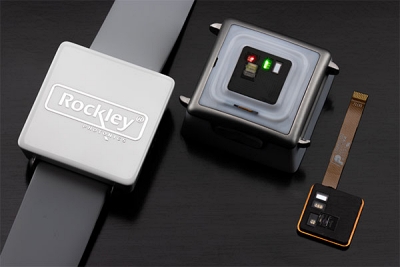 The deal with SC Health, which includes significant backing from “contrarian investor” Senvest Management and medical device firm Medtronic, is intended to support Rockley as it refines its “spectrophotometer-on-a-chip” technology for the wearables market.

That hardware is currently expected to enter human trials early next year, with a commercial launch anticipated by the end of 2022.

However, the total raised in the SPAC merger is only around half that envisaged by Rockley when it first revealed details of the plan back in March.

According to Rockley’s announcement, SC Health, which had been expected to contribute up to $173 milion, in fact provided $17.8 million.

“Silicon photonics has tremendous potential to transform multiple industries through a broad range of applications, particularly in the health and wellness space by bringing laboratory-grade measurement on the wrist much closer to reality.”

Rockley had previously raised venture finance with a view to targeting the optical data communications sector, a much more conventional but competitive market for silicon photonics.

The firm has since pivoted towards healthcare, suggesting that its technology platform is able to monitor biomarkers including core body temperature, blood pressure, and body hydration, as well as levels of alcohol, lactate, and glucose in the bloodstream.

Current wearables technology inside fitness watches from the likes of Fitbit, Polar, and Garmin typically relies on green LEDs to monitor heart rate, and a combination of red and infrared LEDs to determine blood oxygenation.

However, major smart phone OEMs are looking to extend the range of measurements that can be made with a consumer-grade unit. Samsung’s new “Watch4” includes blood pressure, body composition, and electrocardiogram (ECG) sensors, for example.

‘Clinic-on-the-wrist’
Less than a week after completing the SPAC deal, Rockley revealed financial results for its latest quarter, posting a net loss of more than $30 million on sales of only $2.2 million.

But with the company’s cash balance now boosted significantly Rickman told an investor conference call that, despite the shortfall in anticipated funding, Rockley would be able to hit its initial development targets.

“Based on the current funding, we believe we are able to reach our goal of getting our wearables solution to market,” he said. “Today, we are in the pre-alpha stage, meaning we have produced our pre-alpha generation of modules and are conducting human studies [to] fine-tune our devices.”

Describing the approach as “up to a thousand times more accurate” and “up to one million times higher resolution” than existing LED-based smart watch metrology, the CEO added:

“We've been able to shrink a laboratory spectrophotometer-on-a-chip, creating a clinic-on-the-wrist.

“Our technology is designed to be worn anywhere on your body where there is blood perfusion. We believe this is a game changer for wearables in both consumer and medical devices.”

With the construction of a new laboratory in Irvine, California, just completed, the plan is to begin human trials with the modules early next year. Volume shipments to OEM customers are anticipated by the end of 2022.

Those OEM customers will then need to carry out their own human trials on wearable products featuring the embedded Rockley modules before the technology arrives in a fully commercialized consumer format some time in 2023.

If the various trials and customer qualification processes go according to plan, Rickman projects that Rockley will be able to post annual revenues in excess of one billion dollars by 2024.

• Now trading under the ticker symbol "RKLY" on the New York Stock Exchange, Rockley's stock price has dropped in value from around $16 at launch, closing at $12 on August 16.