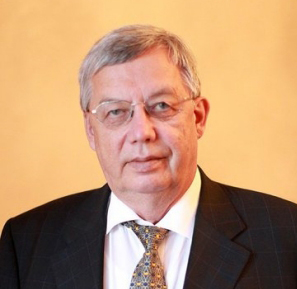 IPG Photonics today announced the death at the age of 82 of its founder and Chairman and former CEO Dr. Valentin P. Gapontsev.

Dr Gapontsev, who founded the company that would become IPG Photonics in 1990, was described in the company’s statement as the “father of the fiber laser industry, who commercialized innovative laser technology and changed industrial manufacturing.”

Dr. Eugene Scherbakov, Chief Executive Officer, who took over leading the company in May 2021, said, “Valentin’s passing is a tremendous loss for the IPG community and the larger photonics world. His technical innovations, strategic vision for the capabilities of fiber lasers and entrepreneurial drive transformed the laser industry and industrial automation to the point where lasers are finally cost-effective, reliable and effective tools that have mass applications in global industrial production.

“Recognized as the father of the fiber laser industry, his leadership and unique strategies enabled IPG to be at the forefront of rapid technological developments, and will continue to inspire us to strive for greatness in all that we do. Our love and thoughts are with his wife and family during this profoundly sad time,” said Dr. Scherbakov.

Dr. Gapontsev had been IPG’s Chairman since the company’s founding and its CEO until April 2021. His scientific innovations and business vision led to the creation of a vertically integrated business employing over 6,000 people worldwide.

He is also the named inventor on over 100 patents and author of over 200 scientific papers. In 2006, Dr. Gapontsev was awarded the Ernst & Young Entrepreneur of the Year Award for Industrial Products and Services in New England and in 2009, he was awarded the Arthur L. Schawlow Award by the Laser Institute of America.

In 2011, he received the Russian Federation National Award in Science and Technology, and he was selected as a Fellow of the Optical Society of America. In 2010, SPIE listed Dr. Gapontsev as one of 28 “Laser Luminaries” who made substantial contributions to lasers during the 50 years since lasers were invented.

John Peeler, Lead Independent Director of IPG’s Board of Directors, commented “Valentin was universally admired for his vision and success in scientific innovations married to entrepreneurial drive over the last thirty years. He was a passionate leader for IPG, leaving indelible marks on everything and everyone he touched. As a mentor and friend to many, he also was generous, changing the lives of many for the better.”

On Saturday, October 23rd, TASS, the Russian State News Agency reported: “Valentin Gapontsev, a Russian and UN businessman from the Forbes list and the co-founder of IPG Photonics, has passed away at the age of 82, [US business magazine] Forbes reported on Saturday citing a source close to the family. The businessman’s son Denis Gapontsev confirmed the sad news.

“Over the past few years, Gapontsev had been battling cancer, but the cause of death is not known yet. Valentin Gapontsev was one of the first entrepreneurs in laser physics and technology, fiber and optoelectronic technology. He was on the Forbes list with a fortune of $2.8 billion.”