Gapontsev steps down from CEO role as IPG’s sales rebound 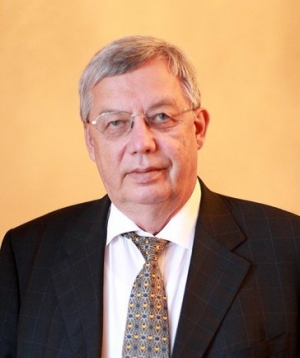 Valentin Gapontsev, the founder and long-time CEO who masterminded IPG Photonics’ domination of the industrial fiber laser market, has stepped down from the lead executive role.

Scherbakov first joined IPG in 1995, and became managing director of the company’s IPG Laser division in Germany in 2000. He had since been promoted to the roles of senior VP for Europe in 2013, and COO in 2017.

Describing the CEO succession strategy as something that has been in place for some time, Gapontsev said in an investor conference call: “The technology and product opportunities for IPG are enormous and I look forward to spending more time on our technical strategy. It's an exciting evolution for me, and a very good transition for the company.”

Sales rebound
As well as announcing the management switch, IPG reported a strong rebound in sales and orders for the opening quarter of the year. At $346 million, company revenues were up nearly 40 per cent year-on-year, although the scale of that jump partly reflects the initial impact of the Covid-19 pandemic in early 2020.

Pre-tax quarterly income of $89 milion was also up sharply, from $48 million a year ago.

Gapontsev attributed the sales increase to continued strong demand in China and the US, alongside “further improvement” in Europe, and said that the latest quarter represented the best start to a year for IPG since its record-breaking 2018.

“We saw firm demand in welding applications, growth in electric vehicle battery production and solar cell manufacturing that helped our results,” added Scherbakov. “Initial orders for our hand-held welder were strong, and we are increasing production of this innovative device to meet growing customer demand.”

Both continuous-wave and pulsed lasers are important in battery production, explained the firm, with the pulsed sources needed for specialist cleaning and foil cutting steps.

IPG’s management team is expecting to maintain the current momentum in the June quarter, for which revenues of between $360 million and $390 million are now forecast.

Although met with much skepticism in the early 2000s when predicting that market disruption, Gapontsev and IPG were soon proved correct. More efficient and requiring much less technical expertise to operate than rival sources, fiber lasers rapidly gained traction in automotive and aerospace applications, and made a huge impact in China’s huge machine tool sector.

Following a vertically integrated business model that enabled the company to drive down the cost of its lasers while maintaining very healthy profits, Gapontsev led IPG to an initial public offering (IPO) in late 2006 - investing much of the proceeds in laser diode production capacity at the firm’s Oxford, Massachusetts, headquarters, that helped drive down production costs further.

Since that IPO, the value of both IPG’s sales revenues and stock price has each risen by an order of magnitude. The company is currently worth nearly $11 billion, in terms of market capitalization.

“I feel extremely privileged to become the next CEO of this great company,” said Scherbakov. “I look forward to continuing the strategy of Dr. Gapontsev and building on the strong foundation he set in place. We are lucky that he will continue as executive chairman.”

• Following news of the management transition and the company’s latest financial results, IPG’s stock dropped in value by close to 10 per cent, to trade at approximately $190 on the Nasdaq.