ESA and NASA now preparing this long-awaited mission for launch on Ariane 5 from Europe’s Spaceport on December 18th. 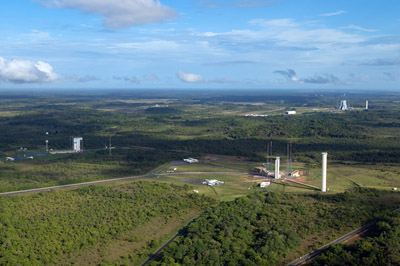 The James Webb Space Telescope (JWST) has arrived safely at Pariacabo harbour in French Guiana. ESA in close collaboration with NASA will now prepare this once in a generation mission for its launch on Ariane 5 from Europe’s Spaceport on December 18th.

The giant spacecraft, an international venture with partners including the US, the European Space Agency and Canada, had been waiting in an ocean transporter vessel to be offloaded for a trip to the launch site in French Guiana, on the north coast of South America.

The giant telescope was shipped from California on September 26th, ultimately passing through the Panama Canal to reach the Port de Pariacabo — located on the Kourou River in French Guiana, on the northeastern coast of South America — on October 12th. The scope will now be driven to its launch site. 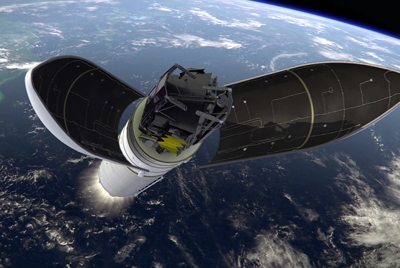 The JWST will be the largest, most powerful telescope ever launched.

The mission of the JWST includes helping to solve puzzles about how the first stars and galaxies formed roughly 13 billion years ago after the Big Bang. Marcia Rieke, the principal investigator for the Webb’s near-infrared camera, known as NIRCam, aboard the telescope. She is also a professor of astronomy at the University of Arizona in Tucson.

The JWST will be studying in particular the atmosphere of early planets. “That’s within our grasp now,” said Rieke. “We will be able to see what happens to star light when its absorbed into an exoplanet’s atmosphere.”

“This time next year, we will have some gorgeous stuff to show you,” she added.

The project wasn’t cheap. Rieke said for someone to replicate creation of the Webb today would cost about ten billion dollars, without the European contributions. “Maybe a little cheaper now that we have learned a few things,” she added.

Of the many companies who worked on creating the Webb, Rieke had high praise for a handful: Northrup Grumman was the prime contractor; Ball Aerospace performed key work on the telescope itself; Lockheed Martin was “very important” as the subcontractor for the NIRCam; ITT Inc., of Rochester, NY, created the optics test equipment; and Teledyne made the near infrared detectors.

“The ten billion was worth it,” Rieke said. “If it works, it’s really going to change our view of a number of things in the universe. It will discover things that we couldn’t even guess right now. That’s part of the fun of it.”

Video explainer – the journey so far