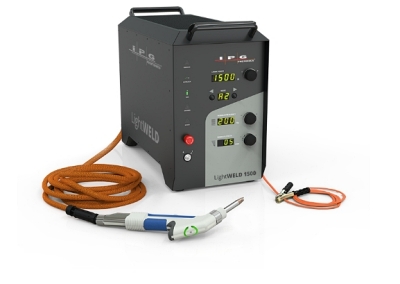 IPG Photonics, the world’s largest provider of fiber lasers, has reported revenues of $372 million for the second quarter of 2021, up 25 per cent on the equivalent, pandemic-impacted, period last year.

However, fears of an imminent slowdown in China - which accounts for more than 40 per cent of the firm’s sales - appeared to spook investors, sending IPG’s stock price down nearly 20 per cent shortly after the update was issued.

Eugene Scherbakov, who replaced long-time incumbent Valentin Gapontsev as IPG’s CEO earlier this year, said in a statement accompanying the results that although the company had seen improved demand from cutting applications in Europe and the US, the situation in China was different.

“While China's market remains very price competitive, we have continued to be disciplined with our approach to pricing given superior performance, quality, energy efficiency, and reliability of our lasers,” Scherbakov told investors.

“However, there remains a significant part of the customer base that is very focused on price alone.”

Green revolution
Constraints on the supply of electronic components is another issue, although on the plus side IPG continues to report robust growth in laser welding applications - with the global switch to electric vehicles providing much of the impetus, through battery welding requirements.

Scherbakov added that sales of IPG’s pulsed green lasers, which are used to improve solar cell efficiency, had more than tripled year-on-year.

“We are taking advantage of the opportunities created by increasing focus on sustainability globally, and expect future solar cell manufacturing capacity to grow, driving additional sales of our green lasers,” said the CEO.

“We are also increasing the pulse energies of green lasers to enable next-generation applications in solar, drilling, and copper welding for consumer electronics.”

Looking ahead, IPG’s executive team expects revenues in the September quarter to be somewhere between $350 million and $380 million - implying that a slight sequential drop is likely.

That figure, alongside the commentary surrounding the level of demand in China, appeared to weigh on IPG’s stock price, which promptly dropped in value by 18 per cent.

Speaking during an investor call to discuss the latest results, IPG’s CFO Tim Mammen pointed to recent comments from both Chinese companies and the Chinese government indicating a weaker macroeconomic environment in general.

“There is a bit of a concern that China is a bit weaker than expected,” Mammen said. “And that's clearly driving some of our expectations [in the third quarter], in addition to the supply chain constraints.”