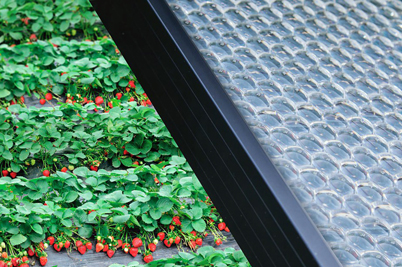 The translucent panels can act as both greenhouse covers and power sources.

Insolight, an EPFL startup that manufactures high-efficiency solar panels, has raised the CHF 5 million – mainly from Swiss investors – to take its photovoltaic system a step closer to market. The new injection of capital comes on top of a CHF 10 million EU grant awarded to the HIPERION Consortium, which brings together a range of industry and research partners.

Insolight’s technology has achieved record efficiency of 29% for sun-to-electricity conversion. It is planning to initially target the agricultural sector with translucent panels that can act as both greenhouse covers and power plants.

The lenses move a few millimeters throughout the day to track the sun’s movement across the sky and keep the cells aligned with the light rays. The system can be fitted to conventional solar panels to maximize energy production. But the translucent modules can also work as standalone power plants while serving other functions such as promoting crop growth.

Insolight is planning to team up with major solar energy suppliers to target the agricultural sector with panels that can be installed in fields, on greenhouses and on green roofs. Users will be able to switch between two modes: an electricity generation mode, in which the lenses concentrate light on the high-efficiency solar cells, and a maximum light transmission mode, in which all incoming light passes through the panel to reach the crops below. 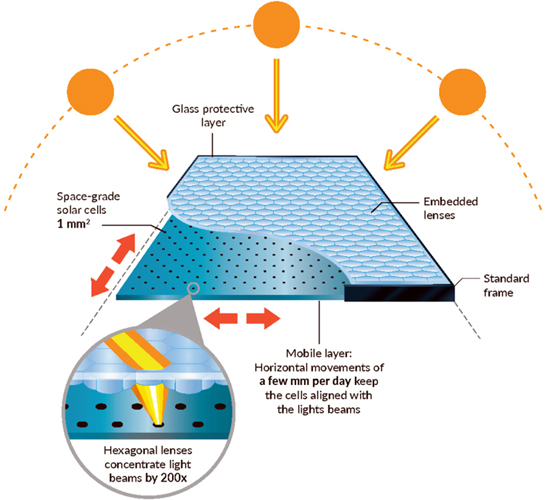 “The agrivoltaics market may be relatively new, but it’s already worth an estimated CHF 700 million, with total installed capacity of 5 GWp,” commented Insolight CEO Laurent Coulot.

In tests at Tecnova Foundation, an agricultural technology center in Spain, the system increased crop biomass by 20% by creating a micro-climate, protecting plants from extreme weather conditions, and modulating direct sunlight.

Combining this technology with the back-end manufacturing solutions, under development by the the HIPERION project, is expected to give European PV manufacturers an edge over their mainstream competitors.

The HIPERION project has received funding from the European Union’s Horizon 2020 research and innovation programme under grant agreement No. 857775.