But the machine vision company will pay out another $10M shareholder dividend and expects revenues to bounce back in the current quarter. 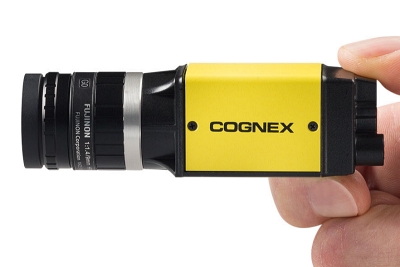 The machine vision specialist Cognex has posted a rare net loss in its latest quarter, as the Covid-19 pandemic exacerbated an already weak automotive market - a critical sector for the firm.

After taking into account the cost of cutting its workforce by around 8 per cent, and writing down the value of some recent acquisitions, the Natick, Massachusetts, company recorded a net loss of $1.1 million for the three months ending June 28.

At $169 million, sales revenues were down 15 per cent compared with last year, but no worse than Cognex’s executives had anticipated - and slightly up on the opening quarter of 2020 as business in China bounced back faster than expected.

$10M dividend
Company founder and chairman Robert Shillman said in response to those figures: “As we expected, the second quarter was very difficult for Cognex as it was for many companies around the world.

“Because of the poor business conditions due to government-imposed shutdowns attributed to Covid-19, we found it necessary to implement significant changes to our company that, we believe, will put us in a stronger position going forward.”

CEO Rob Willett described the decision to cut headcount as a difficult one, given the emphasis that the company typically puts on perseverance and a workplace culture where employees are known as “Cognoids”.

“We entered 2020 staffed to achieve significant new revenue levels, perhaps exceeding $1 billion in one year or two. But unfortunately, that is unlikely to occur due to the economic disruption,” he explained in a conference call with analysts.

Despite that move and the quarterly loss, the company retains a pile of cash and investments worth nearly $900 million on its balance sheet, and has decided to hand out another shareholder dividend worth about $10 million.

Automotive hit
Willett added that although there were positive signs in certain markets like logistics, semiconductor manufacturing, and life sciences - as well as a seasonal bounce in consumer electronics in the current quarter - the extended downturn in the automotive sector was of particular significance.

“Demand from automotive deteriorated sharply around the Covid-19 outbreak,” noted the CEO, pointing out that Cognex’s automotive-related sales - the company’s biggest single market in 2019 - declined by 40 per cent year-on-year in the June quarter.

That translated to roughly a $25 million drag on Cognex sales in the June quarter, Willett estimates.

“Automotive was our largest market in 2019, and it was soft coming into this year,” he told analysts. “But we were optimistic at the start of the year that we thought things might pick up in the second half. And obviously, we no longer expect that to happen given the [Covid-19] situation. Demand from automotive deteriorated sharply around the Covid-19 outbreak.”

Consumer electronics bounce
Looking forward, the Cognex team says it expects the current quarter to be the best of the year “by far”, with revenues coming in at somewhere between $200 million and $220 million.

That sales bounce is largely due to strong demand from the consumer electronics sector, which now looks likely to represent the company’s most lucrative market this year.

Trends including an acceleration in online learning and working from home are part of the reason for that, with Willett mentioning significant growth in business related to the deployment of 5G services, as well as new organic LED displays.

• Cognex’s Nasdaq-listed stock price was little changed following the latest update. At $66 in pre-market trading July 30, it remains close to long-time highs, having recovered strongly from the pandemic-related crash seen in March.