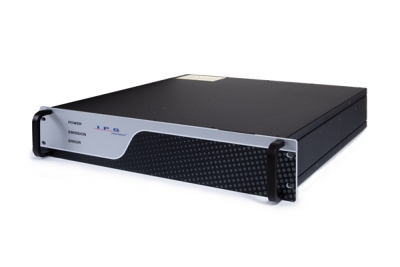 IPG Photonics has reported sales of $296 million for the quarter ending June 30, down sharply on the same period in 2019 but higher than the company had predicted back in May.

And although the fiber laser firm’s profits have inevitably taken a hit, IPG was still able to post a net income of $38 million for the latest quarter, while generating $73 million in cash from operations.

The revenue figures represented close to a 20 per cent increase on the March quarter, during which China was feeling the initial impact of Covid-19, but were still down by almost the same degree on the second quarter last year, when the firm posted $364 million in sales.

CEO Valentin Gapontsev observed: “Despite the continued challenges to our business from the Covid-19 pandemic, we delivered second quarter results above our guidance range on better-than-expected performance in China and strength in new products.”

Modest recovery
Gapontsev, who founded IPG Photonics 20 years ago, added that the pace of recovery in China had moderated later on in the June quarter.

Alongside only modest improvements in the current level of demand elsewhere, mirroring wider global uncertainty, it means that the CEO and his executive team are not expecting any major sales bounce in the current quarter.

In a conference call with investors, Gapontsev hailed the recent launch of IPG’s ultra-compact “YLR-U” series - soon to be offered with 8 kW output - as one of the company’s answers to fierce competition in the Chinese market.

He said that the development offered distinct advantages over domestic Chinese laser providers in terms of product quality, while still enabling IPG to maintain both healthy margins and a competitive price.

Kidney stone treatment
One of those is in the medical sector, where IPG’s sources are now being used in laser lithotripsy equipment. Used to treat kidney stones, the tools provided by IPG’s customer recently gained approval in the US, with the launch said to have gone very well and further orders now in the pipeline.

Describing laser lithotripsy as a new “gold standard” treatment, Gapontsev told investors that he was expecting medical applications of fiber lasers to grow particularly quickly over the next few years.

Other key areas include welding of batteries for electric vehicles, an application served by IPG’s pulsed sources. While Gapontsev acknowledged the general weakness across the automotive sector - a trend exacerbated by Covid-19 - the CEO said that, where auto manufacturers were investing in lasers, they were tending to acquire IPG equipment.

• After IPG’s executives indicated that the current quarter would likely see the company’s sales revenues remain flat, in the range $280 million to $310 million, the firm’s stock price slipped in value by around 10 per cent.

Like many technology stocks, IPG has recovered strongly from the pandemic-inspired crash in March. Even after the latest drop in value, trading at around $163 on the Nasdaq it remains comfortably up on the start of 2020. The latest price equates to a market capitalization of just under $9 billion.