NREL developed cell has highest solar conversion efficiency of 47.1%; and one-sun illumination at 39.2%. 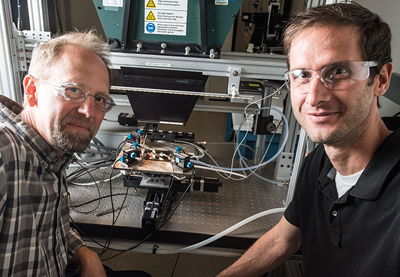 John Geisz and Ryan France fabricated a solar cell that is nearly 50% efficient.

Scientists at the US National Renewable Energy Laboratory (NREL) have developed a solar cell with an efficiency of nearly 50%. The six-junction solar cell now holds the world record for the highest solar conversion efficiency at 47.1%, which was measured under concentrated illumination. A variation of the same cell also set the efficiency record under “one-sun illumination” at 39.2%.

“This device really demonstrates the extraordinary potential of multijunction solar cells,” said John Geisz, a principal scientist in the High-Efficiency Crystalline Photovoltaics Group at NREL and lead author of a new paper on the record-setting cell. The work is published in Nature Energy.

To construct the device, NREL researchers relied on III-V materials. Each of the cell’s six junctions (the photoactive layers) is specially designed to capture light from a specific part of the solar spectrum. The device contains about 140 total layers of various III-V materials to support the performance of these junctions. Due to their highly efficient nature and the cost associated with making them, III-V solar cells are most often used to power satellites, which can take advantage of the III-V combination’s unmatched performance.

On Earth, however, the six-junction solar cell is well-suited for use in concentrator photovoltaics, said Ryan France, paper co-author and a scientist in the III-V Multijunctions Group at NREL.

“One way to reduce cost is to reduce the required area,” he said, “and you can do that by using a mirror to capture the light and focus the light down to a point. Then you can get away with a hundredth or even a thousandth of the material, compared to a flat-plate silicon cell. You use a lot less semiconductor material by concentrating the light. An additional advantage is that the efficiency goes up as you concentrate the light.”

France described the potential for the solar cell to exceed 50% efficiency as “actually very achievable” but that 100% efficiency cannot be reached due to the fundamental limits imposed by the laws of thermodynamics.

Geisz said that currently the main research hurdle to topping 50% efficiency is to reduce the resistive barriers inside the cell that impede the flow of current. Meanwhile, he notes that NREL is also heavily engaged in reducing the cost of III-V solar cells, enabling new markets for these highly efficient devices. The U.S. Department of Energy’s Solar Energy Technologies Office funded the research.

The output of solar energy systems is highly dependent on cloud cover. While weather forecasting can be used to predict the amount of sunlight reaching ground-based solar collectors, cloud cover is often characterized in simple terms, such as cloudy, partly cloudy or clear. 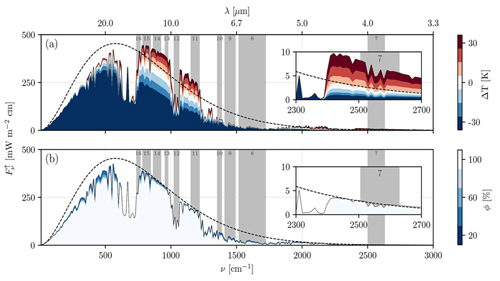 Light coming from Earth is detected by the Advanced Baseline Imager on the GOES-R satellite.

This does not provide accurate information for estimating the amount of sunlight available for solar power plants.

A new method is reported in the Journal of Renewable and Sustainable Energy, a for estimating cloud optical properties using data from recently launched satellites. This new technique is known as Spectral Cloud Optical Property Estimation, or SCOPE.

In 2016, NASA began launching a new generation of Geostationary Operational Environmental Satellites, the GOES-R series. These satellites occupy fixed positions above the Earth's surface. Each is equipped with several sophisticated instruments, including the Advanced Baseline Imager, or ABI, which can detect radiation upwelling from the Earth at specific wavelengths.

The SCOPE method estimates three properties of clouds that determine the amount of sunlight reaching the Earth's surface. The first, cloud top height, is the altitude corresponding to the top of each cloud. The second, cloud thickness, is simply the difference in altitude between a cloud's top and bottom. The third property is the cloud optical depth, a measure of how a cloud modifies light passing through it. Clouds are, essentially, floating masses of condensed water.

The SCOPE method simultaneously estimates cloud thickness, top height and optical depth by coupling ABI sensor data from GOES-R satellites to an atmospheric model. Two other inputs to the model come from ground-based weather stations: ambient temperature and relative humidity at the ground. These are used to adjust temperature and gas concentration vertical profiles in the model.

The accuracy of the estimated cloud optical properties was evaluated using one year of data from 2018 for measurements taken at seven ground-based locations in the U.S. during both night and day, in all sorts of weather, and for a wide spatial coverage at 5-minute intervals.

"SCOPE can be used during both day and night with reliable accuracy," said co-author Carlos F.M. Coimbra. "Due to its high-frequency output during daytime, SCOPE is especially suitable for providing accurate real-time estimates of cloud optical properties for solar forecasting applications."