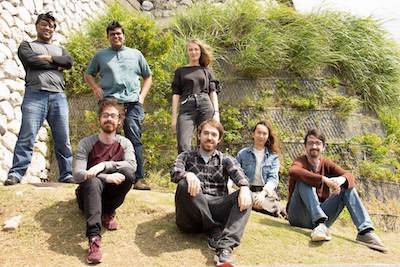 Research into perovskite materials as alternatives to silicon solar cells has been underway for some time, driven by their potentially cheaper and more environmentally friendly manufacturing processes.

A hurdle has been the relative efficiencies achieved by the perovskite cells. Attempts to improve the performance have included changes to the material structure and the incorporation of other materials, but the issues have remained.

One particular problem can be "deep traps," relatively positively-charged holes left behind when electrons are excited by light in the structure but in which energized charge carriers can then get stuck.

Recombination of electrons and holes in these traps reduces the overall efficiency, and although attempts to mitigate deep traps have to date focused on ways to reduce the resulting losses, their actual causes remained unknown.

An international project involving the University of Cambridge and Okinawa Institute of Science and Technology Graduate University (OIST) has now made a significant breakthrough, by determining the origins of these defects. The work was published in Nature.

The work builds on prior research in 2015 by the Cambridge group into the luminosity of perovskites, relating to their potential use in LED emitters. The team found that luminosity was not uniform, with some darker regions corresponding to areas of reduced power, but at the time available imaging techniques could not reveal the underlying causes.

"These dark regions correspond to power losses in solar cells or LEDs," commented Sam Stranks of Cambridge. "But what was causing the power loss was always a mystery, especially because perovskites are otherwise so defect-tolerant."

Subsequently a team at OIST used photoemission electron microscopy, which utilizes local variations in electron emission to generate image contrast, to examine perovskites. It found that the darker regions contained traps, around 10 to 100 nanometers in length, which were themselves clusters of smaller atomic-sized trap sites.

When the researchers overlaid images of the trap sites onto images that showed the crystal grains of the perovskite material, they found that the trap clusters only formed at specific places, at the boundaries between certain grains.

These findings led to the current study, aiming to understand why the trap clusters formed only at those particular spots.

Using electron microscopy facilities at the UK's Diamond Light Source synchrotron to examine the precise areas where traps were located, the new project found that traps only formed where an area of the material with slightly distorted structure met an area with pristine structure.

"Instead of a relatively uniform distribution within regions of poor photoluminescence efficiency, we observe discrete, nanoscale trap clusters," commented the project in its published paper. "By correlating microscopy measurements with scanning electron analytical techniques, we find that these trap clusters appear at the interfaces between crystallographically and compositionally distinct entities."

So although most of the perovskite mosaic grains were regular and pristine, an occasional grain was distorted. And, according to Stranks, the trap was created not at the location of the distorted grain itself, but rather at the junction where that grain meets a perfectly formed grain.

The project was also able to visualize the dynamics of the carrier-trapping process, and found that it was dominated by charge carriers diffusing to the trap clusters.

Although the exact reasons behind the traps clustering together are still unclear, the knowledge that they only form in such locations offers a potential way to reduce their number, by targeting those inhomogeneous phases or removing the troublesome junctions. And the fact that charge carriers must first diffuse to the traps could also suggest other mitigation strategies, through controlling the arrangement of the trap clusters without necessarily changing their average number.

"Most of the progress in device performance has been trial and error, and so far this has been quite an inefficient process," said Stranks. "To date, it really hasn't been driven by knowing a specific cause and systematically targeting that. This is one of the first breakthroughs that will help us to use the fundamental science to engineer more efficient devices."