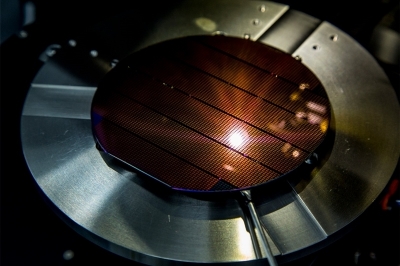 Optoelectronics firm II-VI has completed its planned acquisition of former rival Finisar, close to a year after the $3.2 billion deal was first announced.

Closure came shortly after clearance was received from China's State Administration for Market Regulation, and just over a month after II-VI said that it needed to re-file its application to the antitrust authority.

II-VI has financed the acquisition partly with $1.9 billion in cash from two new loans, and says that it plans to save an annual $150 million through post-merger cost-cutting, although that will take around three years to complete.

Photonics giant
The merger creates one of the world's largest optics and photonics companies, with around 25,000 employees at 70 locations around the world (including 12,000 in China alone), no fewer than five gallium arsenide (GaAs) fabrication facilities, and combined annual revenues in the region of $2.5 billion.

It represents the latest in a series of expansionist moves by Pittsburgh-headquartered II-VI. Other acquisitions over the past three years include GaAs epiwafer and device makers EpiWorks and Anadigics, high-power diode laser firm Direct Photonics, optical isolator materials company Integrated Photonics, the wavelength-selective switch developer CoAdna, and a large wafer fabrication facility in the UK that was previously owned by Kaiam.

Finisar had itself been in the process of expanding, including a major investment into the giant former Texas Instruments facility in Sherman, Texas, to support production of vertical cavity surface-emitting lasers (VCSELs) for applications in 3D sensing applications like facial security scanning.

Chuck Mattera, the II-VI CEO who will now head up the combined entity, said in a company release: “Today our company is taking a giant leap forward in our scale to serve a significantly increasing addressable market."

Todd Swanson, Finisar’s COO and "co-CEO" since last month's departure of previous chief Michael Hurlston, added: “Thanks to the talents of numerous individuals across this new global powerhouse, II-VI and Finisar are ready to merge into one highly efficient and seamless company with a common culture, vision and mission.”

Well-timed IPO
Founded in Menlo Park, California, back in 1988 by long-time CEO Jerry Rawls and Frank Levinson, Finisar's original strategy was focused on optical transceivers for high-speed networks in the pre-Internet era.

The company's particular expertise with VCSELs is long-standing, and in 1997 Finisar was first to launch VCSEL-based transceiver products. The firm timed its initial public offering (IPO) perfectly, raising nearly $150 million in its 1999 flotation - and more than quadrupling in value on its first day of trading at the height of the optical telecommunications "bubble" period.

That timing was critical to Finisar surviving the subsequent telecoms "bust" of the early 2000s, during which time it was able to acquire companies including the passive component maker New Focus, distributed feedback (DFB) and Fabry-Perot laser diode maker Genoa, as well as Honeywell's internal VCSEL manufacturing capability, and Infineon's 10 Gb/s product portfolio.

The expansion meant that by 2010 Finisar had shipped its 100 millionth VCSEL die, a total that had risen to 300 million by 2018, by which time the company was posting annual revenues well in excess of $1 billion and employing some 12,000 staff.

Last month Finisar announced it had made a net loss of $8.7 million as sales dropped 10 per cent year-on-year to $285 milion for the financial quarter ending July 28.

In comparison, Mattera said during II-VI's latest outlook that the company's pre-merger sales would total somewhere between $320 million and $345 million for the current September quarter. Mattera and his executive team declined to update that figure following completion of the Finisar deal.

Following the acquisition II-VI has now organized itself into two reporting segments, namely "photonic solutions" and "compound semiconductors". The business units are respectively headed up by Sunny Sun and Giovanni Barbarossa.