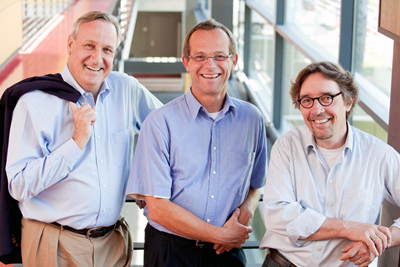 Fast-growing Optoelectronics components and materials company II-VI, based in Saxonburg, Pa – whose annual revenues are headed towards the $1 billion mark by 2020, on the past decade's trend – has acquired Berlin, Germany-based Direct Photonics, a developer of kilowatt direct diode lasers.

Direct’s CEO Wolgang Gries confimed to optics.org that effective Thursday October 6th, the company he launched in 2011 is now a subsidiary of the American giant, and provisionally will be renamed II-VI Direct Photonics. Financial terms of the deal were not revealed.

Gries, who will be staying on as business unit general manager responsible for P&L and management, said that the core of his Berlin Direct Photonics team of 12 people would be remaining at the current Max-Planck-Straße address.

“There will be benefits for both sides," he added. “The main advantage for Direct Photonics will the vertical integration of our supply chain, so that all of the optical components needed for our direct diode lasers can now be sourced internally, which will mean dramatic cost reductions. So we will be more competitive.”

The buyout has not really come as a surprise as the companies have known each other for a number of years. Gries commented, “Prior to the acquisition, we have worked extensively with II-VI. As the founder of Direct Photonics, I was always considering a buy-out by a company like II-VI as a possible exit route.” 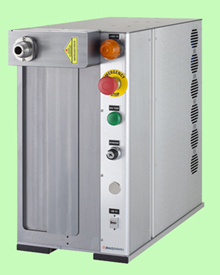 About Direct Photonics
The five-year-old company has focused on producing ultra-high brightness direct diode laser systems for use in micro and macro-material processing applications. Its development pathway has typically been to leverage patented technologies from Germany’s Fraunhofer Institutes.

Developments such as Direct’s own wavelength-stabilized DirectPump 900 and its 2 kW DirectProcess laser, have significantly increased the brightness of fiber-coupled and direct diode laser systems to become what the company calls “the new workhorse in cutting and welding applications”.

• In 2015, the company secured further investment of €3.3 million – from existing shareholders and an unnamed “significant” industrial partner. At the time, Gries commented, “The capital will accelerate growth and help develop a cost-reduced kilowatt laser range.”