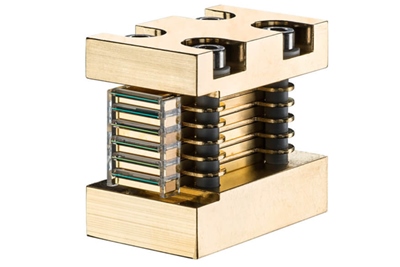 The pending acquisition of photonic component maker Finisar by II-VI is now expected to conclude this fall, after II-VI said it would re-file its application to China’s State Administration for Market Regulation (SAMR).

II-VI CEO Chuck Mattera revealed news of the delay as he reported the company’s latest quarterly and annual results, adding details of a recent restructure of II-VI into two reporting segments.

“We plan to re-file our application to SAMR to extend the time for a successful completion,” he told an investor conference call, pointing out that II-IV and Finisar employ a combined 12,000 people in China.

“Phase 3” of SAMR’s review of the transaction had been due to conclude August 17, with the deal originally expected to close in the summer. Mattera said that the authority’s process now needed “a little longer” to complete.

Record revenues
Unlike several of its peers in the optics and photonics sector, II-VI was able to report solid growth in terms of both sales and earnings. At $363 million, June quarter revenues were up 13 per cent year-on-year, while record annual revenues of $1.36 billion rose nearly 18 per cent.

Leading that growth spurt were optical communications and military applications, with the CEO saying that customers had accelerated up to $20 million of purchases into the June quarter. Like others providing high-power laser diodes for future weapons applications, II-VI is experiencing an uptick in demand as the US military looks to accelerate their deployment.

Also fuelling growth for II-VI is the adoption of extreme ultraviolet (EUV) lithography equipment by chip manufacturers. Pittsburgh-headquartered II-VI provides diamond optics for the powerful lasers used to create EUV-emitting plasmas in those systems, and estimates its contribution to be worth 1-2 per cent of the total €100 million-plus overall tool cost.

“This method of advanced photolithography is taking hold with customers as a broader number adopt multiple EUV systems due to increased investments in logic components,” Mattera said, adding that the seasonal ramp of 3D sensing devices, for which II-VI provides VCSEL emitters, was “well under way”.

Volume partnership
But with lower bookings across each of the company’s key sectors in the latest quarter, partly the result of seasonal trends, Mattera and his executive team expect sales in the September quarter to drop to somewhere between $320 million and $345 million.

Noting the impact of ongoing geopolitical tension, most obviously that between the US and China, the CEO stressed that its customers had continued to engage in long-term planning, and predicted that the next 12 months would represent another “exciting and transformative” year for the firm.

“This will leverage a new laser platform for applications that we will announce in the future,” he added. Both II-VI and Finisar have significant VCSEL manufacturing capacity to service what is expected to be a very large market as 3D sensing applications are adopted across numerous consumer electronics platforms.

• Finisar’s stock price rose in value slightly on the Nasdaq following the latest update from the company. Trading at around $39, the company’s stock price equates to a market capitalization of around $2.5 billion.