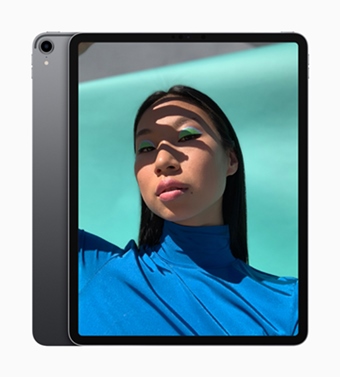 Executives have agreed a $3.2 billion deal that will see II-VI acquire Finisar, in the process creating one of the world’s largest photonics companies.

Financed partly through $2 billion in new loan arrangements, the move will virtually double the size of II-VI in terms of both sales and employees, and complement an already sweeping product profile with the addition of datacom transceivers and an indium phosphide (InP) wafer fabrication facility.

Both companies have been investing heavily to expand production of vertical-cavity surface-emitting lasers (VCSELs) – for which applications like 3D sensing for facial recognition and lidar for autonomous vehicles are expected to grow rapidly over the next few years.

Assuming that it is approved by both sets of shareholders and regulatory authorities in the US, China, and elsewhere, the merger should be finalized some time during summer 2019. II-VI CEO Chuck Mattera is set to remain in charge of the combined entity.

Disruptive megatrends
The deal will result in a company with annual sales in the region of $2.5 billion, employing some 24,000 people across 70 facilities around the world – and including no fewer than five state-of-the-art gallium arsenide (GaAs) fabs, mostly producing photonic components.

Mattera said in an official announcement: “Disruptive megatrends driven by innovative uses of lasers and other engineered materials present huge growth opportunities for both of our companies.”

Citing applications across the communications, materials processing, consumer electronics and automotive sectors, Mattera says that the increase in scale and efficiency – $150 million in annual cost savings are expected post-merger – will ultimately result in faster development of cutting-edge components, and more cost-effective production, making devices such as lidar arrays cheaper.

“Together, we believe that we will be better strategically positioned to play a strong leadership role in the emerging markets of 5G, 3D sensing, cloud computing, electric and autonomous vehicles, and advanced microelectronics manufacturing,” Mattera added.

Discussing the rationale behind the acquisition in a conference call with analysts, the II-VI CEO added: “We’re confident that now is the right time [to merge with Finisar]. We’re at an inflection point as technology megatrends accelerate, and we believe it’s the ideal time to capitalize on this window of opportunity.”

Photonics industry consolidation
The II-VI/Finisar agreement is just the latest in a sweep of major merger deals across the photonics sector, following Infinera’s recent acquisition of Coriant, the anticipated hook-up between Lumentum and Oclaro – still pending approval by regulators in China – and MKS Instruments’ billion-dollar move for Electro Scientific Industries (ESI), to name just three.

Assuming that II-VI and Finisar do become a single business, it will represent arguably the largest photonics company by sales listed on the US stock market. With an annual turnover of around $2.5 billion, it will sit just behind the $2.55 billion combination of MKS Instruments and ESI. However, a significant chunk of the MKS business does not involve photonics technology.

The deal would also put II-VI ahead of laser giant Coherent, whose annual sales have risen to around $1.9 billion following its 2016 acquisition of Rofin-Sinar. If approved, the combination of Lumentum and Oclaro will also create a $1.9 billion business, while IPG Photonics is expected to post sales of around $1.45 billion for 2018.

Michael Hurlston, who was appointed Finisar’s CEO less than a year ago, pointed out during the analyst call that II-VI has been a supplier to Finisar for many years, for example providing photonic components that feature inside the company’s datacom transceivers.

“We’ve been talking to II-VI [about merging] for some time, and we felt it made significant sense,” he said. “The industry is ripe for consolidation.” 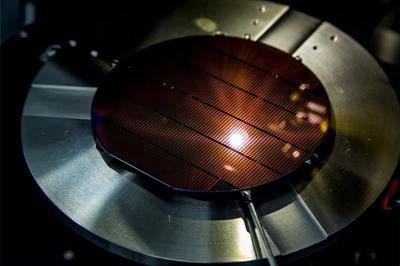 Fab footprint
Both CEOs were keen to stress the complementary nature of the merger, with Finisar’s product line largely based around datacom transceivers and wavelength-selective switches.

There is some overlap in terms of wafer fabrication facilities: II-VI already has 6-inch GaAs fabs in New Jersey, Switzerland, and the UK, plus additional capacity in Illinois, while Finisar makes VCSELs at its 4-inch GaAs fab in Allen, Texas, and is readying a production ramp at its new 6-inch GaAs fab in nearby Sherman.

However, such is the growth anticipated for 3D sensing and lidar applications requiring those VCSELs – Apple has even helped to finance the Sherman re-fit - that Mattera said: “We plan on utilizing the [GaAs] fabs to broaden our portfolios. The plan is to fully utilize the assets that we have.”

Under the terms of the deal, Finisar’s stockholders are set to receive just over one-fifth of a II-VI share, plus $15.60 in cash. The combined total, effectively valuing the company at $26 per share share, represented a 38 per cent premium on Finisar’s closing price prior to the announcement.

But that got a lukewarm reception when markets opened, as II-VI’s stock price plunged in value by nearly 20 per cent – giving up all of the ground gained after it had reported an upbeat financial quarter just a week earlier.