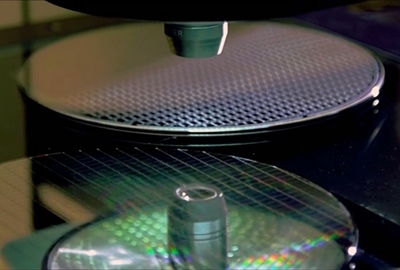 The fast-growing optics and photonics firm II-VI is set for further expansion, with the acquisition of a large compound semiconductor wafer fabrication facility in the north of England.

Pittsburgh-headquartered II-VI announced that it had purchased the 300,000 square foot site, a third of which is a clean room suitable for epiwafer production, from current owner Kaiam for $80 million. It comes just three months after Kaiam had itself acquired the facility from previous owner Compound Photonics.

II-VI’s CEO Chuck Mattera said: “This facility hosts one of the best clean rooms in the entire compound semiconductor industry and augments our capabilities at a time when industry capacity is rapidly becoming fully subscribed.

“Given the demand we anticipate, this acquisition will allow us faster time to market than building a proprietary green field site and will enhance our leadership position in the supply chain. It adds to our in-house capacity for VCSELs, and is also as part of a broader strategic move to provide a versatile 6-inch [diameter] wafer fab for GaAs, SiC and InP-based devices.”

The latest expansive move by II-VI comes after its early-2016 acquisition of a similarly state-of-the-art facility previously owned by RF component maker Anadigics, and major investment at the Illinois site of its subsidiary Epiworks.

Multi-purpose fab
Despite selling the facility it bought so recently, Kaiam indicated that it would remain closely involved with production activity there. Its CEO Bardia Peseshki said: “II-VI will be using this fab more effectively by leveraging its full capacity and multi-purpose use.

“I am looking forward to working with II-VI to establish a commercial relationship that includes having II-VI provide InP-based epitaxial wafers and wafer fabrication services for our products as we continue to expand our transceiver business in the rapidly growing 100G and impending 400G datacenter markets.”

Earlier this year Kaiam said that the manufacturing facility would allow it to expand production of silica-on-silicon planar lightwave circuits, as well as high-speed optical transceivers.

News of the II-VI deal came as the company reported strong increases in sales, bookings, and earnings in its financial results for the year ending June 30.

II-VI’s stock jumped in value by close to 10 per cent after Mattera and colleagues reported record sales of $972 million and a surge in photonics-related activity.

“We achieved record quarterly revenue and record annual bookings of over $1 billion, led by a 28 per cent annual revenue growth in our photonics segment,” Mattera told investors.

Also noting the multi-purpose nature of the Newton Aycliffe fab, the CEO said that over the next 12 months he expected to see the benefits of emerging key growth areas including extreme ultraviolet (EUV) lithography and 3D sensing, as well as the continued ramp in demand from wireless and optical communications applications.

Diverse photonics portfolio
Overall, II-VI was able to post a 45 per cent increase in net earnings to $95.3 million for the full year, as total sales grew 18 per cent to $972 million.

It is also one of the few providers of zinc selenide materials and optics used in high-power carbon dioxide laser systems for materials processing.

But in recent months it has been the prospect of wide deployment of optoelectronic devices for 3D sensing applications in consumer electronics that has driven much of the company’s expansive moves and investments.

Demand for VCSEL components is expected to ramp up quickly in the remainder of this year to service those new applications, with II-VI indicating that key customer qualification is complete. The company cites market reports suggesting that the total available market in VCSELs will jump from $800 million in 2015 to $2 billion by 2020.

As recently as June the company also acquired the New Jersey-based Bell Laboratories spin-off Integrated Photonics, which is described as a world leader in Faraday rotator crystals for optical isolator components.

II-VI’s stock price jumped in value by more than 8 per cent following the latest financial update and news of the wafer facility acquisition. At around $38.50 early on August 7, it was trading at close to record highs on the Nasdaq exchange.