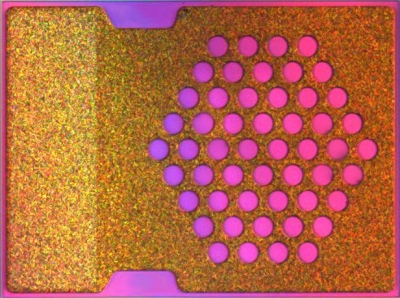 Photonics giant Lumentum has reported quarterly sales of $395 million for the three months ending April 2, down 6 per cent year-on-year despite stronger underlying demand for virtually all of the firm’s products.

That demand was evident in the figures for Lumentum’s “commercial lasers” business unit, which sells sources used in materials processing and other industrial applications.

Thanks largely to demand for high-power fiber lasers, the division posted quarterly revenues of $51 million, up more than 60 per cent on the same period in 2021.

But shortages of semiconductor components in the supply chain meant that Lumentum was unable to meet customer demand elsewhere, and its optical communications business - also hit by the latest Covid-related lockdowns in China - reported sales of $344 million, 11 per cent lower than last year’s equivalent figure.

Shortages to continue through 2022
Reflecting on those constraints, Lumentum’s CEO Alan Lowe commented: “Demand for our products continues to accelerate, and we now expect demand to outpace component supplies by more than $100 million in the [June] quarter.

However, revenues in the June quarter should still rise on that just reported, thanks largely to higher shipments of telecom products, and with the firm’s Shenzhen site now back up and running after 13 days of shutdown in March.

Lowe and the Lumentum executive team told an investor conference call discussing the latest results that shortages of PCBs and other basic components would likely continue for the rest of this year.

“Though component supply is increasing, demand is growing even faster,” added the CEO. “While we expect these supply shortages to continue to improve with the diligent work of our team and our suppliers, given the accelerating demand environment, we will likely see customer demand outpacing third-party material supply into calendar 2023.”

Lowe also said that Lumentum was increasing manufacturing capacity for its tunable laser products, and pointed out that sales of pump laser diodes - seen as a reliable indicator of future telecom demand - were up 50 per cent year-on-year.

Lidar and XR traction
Turning to 3D sensing and lidar applications, Lowe said that Lumentum had expanded its development activities in the emerging areas of extended reality (XR) and automotive lidar, with production of multi-junction VCSELs for China’s Hesai now ramping up.

“New automotive customers are turning to our lasers for lidar, and we are engaged with more customers on extended reality applications,“ he added.

Lowe also noted that the company has “early product traction” with multiple customers currently developing XR products that are expected to hit the market in 2023.

Looking ahead, the CEO and his executive team expect revenues to rise again, to somewhere between $405 million and $430 million, in the June quarter - despite the significant drag on sales caused by the global chip shortage.

• That outlook seemed to cheer investors, with Lumentum’s stock price rising in value by around 10 per cent on the Nasdaq shortly after the latest figures were released.

Trading at close to $90 early on May 4, the stock price equates to a market capitalization in the region of $7 billion.