But the photonics packaging company still posts solid increases in both sales and earnings. 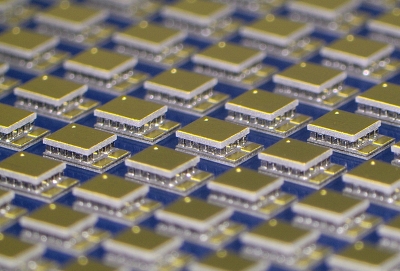 Fabrinet, the Thailand-based contract manufacturer that specializes in advanced optical packaging, has posted close to a 20 per cent year-on-year increase in sales in its latest trading quarter, despite the impact of constraints in the semiconductor supply chain.

At $565 million, revenues in the three months ending March 25 were a little below analyst expectations, although the firm’s operating income of $53.7 million was 40 per cent higher than in the same period last year.

Together with the supply chain issues, delays related to those re-qualification efforts dragged down Fabrinet’s latest quarterly revenue figure by close to $50 million - although the sales should soon be recognized.

“Sometimes, these substitutions are very straightforward and at other times more complex products can require re-qualification and validation not just by our customers, but by their end customers as well,” explained Grady.

Industrial laser momentum
While Fabrinet’s business remains dominated by applications in optical communications, the CEO noted that strong demand in the automotive sector had helped to push the firm’s non-comms sales to a record high in the latest quarter.

The recent uptick in demand for industrial lasers is also providing momentum, accounting for $39 million in the latest quarter, up 9 per cent from the closing quarter of 2021.

With continued strong demand across virtually all sectors served by Fabrinet, the company looks to have timed its capacity expansion well, with Grady saying that a new 1 million square-foot building at the firm’s Chonburi campus is nearly complete.

“This building increases our total footprint by approximately 50 per cent, to more than 3 million [square] feet, which will provide us with ample capacity to meet demand from new and existing customers for some time,” said the CEO.

“In fact, we’re excited that certain existing customers experiencing rapid growth are already in discussions with us to expand into the new building.”

But just like Lumentum, which is in fact one of Fabrinet’s key customers, the company’s executive team does not yet see any sign of constraints easing within the semiconductor supply chain.

As a result, they are expecting sales to grow only modestly in the June quarter, to somewhere between $570 million and $590 million.

If it were not for the supply constraints, that figure would have likely been around $45 million higher, pointed out Grady.