Lumentum hooks up with Hesai on auto lidar 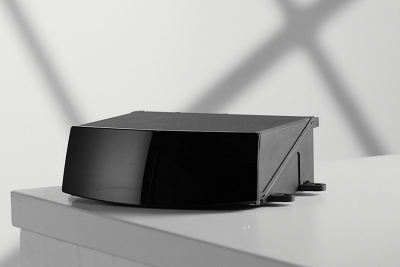 The two firms have collaborated on Hesai’s “AT128” hybrid solid-state lidar units, which are based around Lumentum’s 905 nm vertical emitter arrays and will be aimed at advanced driver assistance systems (ADAS).

Hesai claims that the AT128 sensors have a range of 200 meters, for objects with a reflectivity of 10 per cent, from a package not much larger than a smart phone that consumes only 17 W.

“Lidar sensors are an essential part of autonomous vehicles,” stated Lumentum and Hesai in a joint release. “However, conventional lidar approaches have been challenged by high costs and poor manufacturability. Incorporating VCSEL array light sources can significantly improve lidar cost competitiveness and scalability.”

Volume production plans
Hesai’s new manufacturing center for automotive production is slated to commence operations this year, with a planned capacity of over 1 million units. High-volume shipments of the AT128 for existing design-wins are expected to begin before the end of the year.

Until now, Lumentum’s VCSEL array products have been most widely deployed in consumer electronics, in particular Apple’s iPhones, for facial recognition and other short-range applications.

“The peak optical power, low thermal dissipation, and small die size of these new multi-junction VCSELs arrays are important to extending their use to high-performance, all-solid-state, medium- and long-range lidar,” stated the firm.

Cost and manufacturability challenge
Hesai’s CEO David Li, who says he regards Lumentum as the global leader in VCSELs for consumer electronics, added in the joint release:

“As the automotive industry transitions from the testing phase for autonomous vehicles to mass volume production phase for ADAS applications, cost and manufacturability are the biggest challenges the industry faces.

“We are pleased to be collaborating with Lumentum on our hybrid solid-state lidar AT128 for ADAS applications, which contains an all-VCSEL-based design to achieve high-affordability, and automotive grade reliability and consistency requirements.” 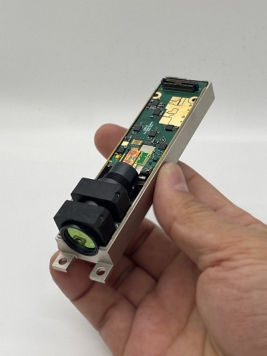 • Meanwhile, the Consumer Electronics Show (CES 2022) event in Las Vegas is, as usual, awash with new lidar products - although several companies, including Velodyne, AEye, Aeva, and Cepton, have decided not to attend the event in person because of the spread of the Omicron coronavirus variant.

Announcements so far include the “Falcon” and “Robin” from Innovusion. The Chinese firm, which has an office in Sunnyvale, describes its Falcon sensor as a “robust, image-grade lidar with a long detection range of 500 meters”, while the more compact Robin device is aimed at shorter-range applications.

Like Hesai, Innovusion is aiming to ramp production to volume scale this year, with its Falcon product due to feature on the new “ET7” autonomous vehicle from Chinese electric vehicle maker NIO, due this quarter.

Innovusion’s founder and CEO Junwei Bao said: “After the start of production in 2022, our yearly lidar volume produced with our advanced production line can reach 100,000 units per year, with higher volume possible after a few months of capacity expansion, and will be able to support future demand from global OEMs.”