Photonics giant to miss out on $65M in the March quarter, but demand remains strong across all parts of the business. 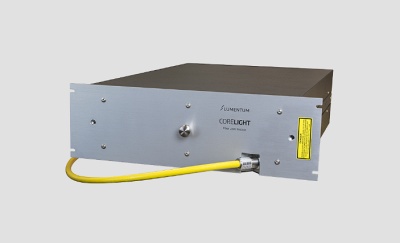 Lumentum says that ongoing shortages of semiconductor devices in the supply chain will limit its sales by around $65 million in the March financial quarter - but stressed that demand for virtually all of its products remains very strong, with robust growth expected over the next couple of years.

The San Jose photonics giant posted sales of $447 million for the three months ending January 2, down 7 per cent year-on-year, with shortages of devices such as field-programmable gate arrays (FPGAs) having an estimated $50 million impact on the revenue figure.

At $85.2 million, Lumentum’s operating income was also down, falling from $115 million a year ago. On a day that saw Facebook owner Meta’s stock price plunge in value by 25 per cent, Lumentum’s own valuation had sunk by more than 10 per cent in early trading.

Accelerating demand
Despite that, Lumentum’s CEO Alan Lowe stressed that demand in the closing quarter of 2021 had been extremely strong across all of the firm’s major product lines.

“Industry-wide supply shortages have worsened with the recent surge in Covid-19 and are negatively impacting our [March] quarter revenue guidance by more than $65 million,” he said.

“These shortages come at a time when customer demand is accelerating for our differentiated communications products, which are essential to multi-year expansions in next-generation optical network capacity that are just beginning to be deployed.”

That robust level of demand, coupled with an internal capacity expansion for externally modulated lasers (EMLs) that is set to come online in a couple of months, gives Lowe confidence that sales in the June quarter will be higher than in March, and that more rapid growth will follow as supplies get back to normal in the second half of 2022.

“Looking beyond these near-term supply challenges, I am highly optimistic about our outlook and believe market inflections beneficial to us in all of our addressable markets will drive double-digit revenue growth in fiscal 2023 and beyond - not including the pending acquisition of NeoPhotonics,” added the CEO.

While leading-edge photonics is a fundamental enabling technology across communications, other key markets like 3D sensing and laser materials processing are also performing well, and emerging applications in AR/VR headsets and automotive lidar are expected to become significant over the next couple of years.

“Demand for our commercial lasers has never been stronger,” said the CEO, pointing to record-breaking quarterly sales of $49.3 million - up 66 per cent year-on-year, and expected to grow again in the current quarter.

Sticking with the automotive theme, the company’s vertical-cavity surface-emitting laser (VCSEL) arrays look set to secure some new applications in driver and passenger monitoring, as well as for automotive lidar.

Design wins; NeoPhotonics progress
Lowe pointed to recent design wins with Japanese electronics giant Stanley Electric and the Shanghai-based lidar firm Hesai as evidence of traction in the automotive sector, although this is unlikely to become a major driver of sales until around 2024.

Applications in AR/VR, where Lumentum’s photonic devices could be used in eye tracking and world-facing sensors, as well as gesture control, are expected to proceed along a similar time frame.

Lowe also highlighted recent progress with the planned acquisition of NeoPhotonics, which will give Lumentum a more complete portfolio of technologies for networking and cloud computing, particularly in data center deployments.

The two firms have recently received anti-trust clearance for the deal from US authorities, while NeoPhotonics’ stockholders have now approved the plan. “We’re working on antitrust [clearance] in China, and expect to close the deal in the second half of this year,” Lowe said.

• In early trading shortly following the quarterly update, Lumentum’s stock price fell around 13 per cent from its prior close of just under $101 on the Nasdaq, reflecting broader declines sparked by Meta’s earlier slump.