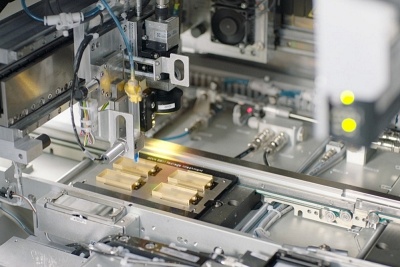 Fabrinet, the Thailand-based contract manufacturer for some of the world’s largest photonics companies, has posted quarterly sales of $567 million - up 25 per cent year-on-year, and above the range quoted by the firm in its November outlook.

On the bottom line, Fabrinet registered an operating profit of $51.5 million, up from $36.3 million in the prior year.

The improved results came despite the ongoing impact of component shortages in the supply chain, which CEO Seamus Grady estimated to be worth somewhere between $25 million and $30 million.

With continued robust demand across optical communications applications in particular, those issues are set to intensify slightly in the current quarter. However, Grady and his team remain confident of a strong performance this year, with the firm planning to open a new 1 million square-foot manufacturing facility in Thailand this summer.

Silicon photonics
In the three months ending December 24, Fabrinet’s sales continued to be dominated by optical communications, which accounted for 80 per cent of the total figure.

Speaking during a conference call to discuss the latest quarter, company CFO Csaba Sverha told investors that silicon photonics technology represented $157 million of Fabrinet’s revenues, equivalent to 28 per cent of the total and a new record.

On the other hand, Fabrinet registered small declines in sales from its industrial lasers and automotive technology divisions, with non-communications quarterly revenues of $116 million at the same level as the prior year.

Looking ahead, Grady and Svreha are anticipating that sales in the opening quarter of 2022 will end up somewhere in the region of $570 million.

Grady said that while he remains optimistic as demand remains solid, the pressure on limited supplies of components is increasing, partly because surplus components previously held by brokers in the supply chain have now been almost entirely used up.

“We had an excellent second quarter with revenue and [earnings] that exceeded our guidance ranges,” summed up the CEO. “Our team continues to effectively manage ongoing supply chain constraints, and with continued strong demand trends, our outlook remains very positive.”

• Following the latest update, Fabrinet's stock price dropped in value by around 10 per cent. The NYSE-listed company currently commands a market capitalization of around $3.8 billion.