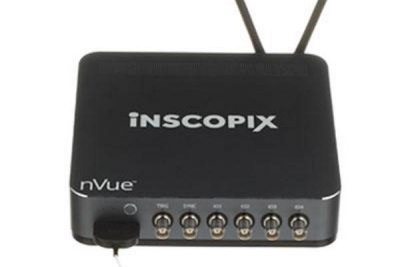 Bruker, the large provider of analytical and diagnostic equipment, is expanding its portfolio in the optical realm with the acquisition of two companies making major advances in neural imaging - Neurescence and Inscopix.

“With our high-resolution multi-photon microscopy and Inscopix’s free-moving head-mounted imaging, we can now offer a broad range of capabilities for exploring neural network function in animals. We look forward to seeing these synergies enable innovative academic and pre-clinical research.”

Calcium imaging
Founded as a spin-out from Stanford University in 2011 by Kunal Ghosh and colleagues, Inscopix is a pioneer in the emerging field of neurophotonics, where optical technologies are used to monitor brain activity.

Inscopix developed “miniscope” systems capable of capturing neural activity in live animals that are able to move freely. More than 1000 of the instruments have now been deployed at more than 600 research institutions and biopharmaceutical companies worldwide, with company sales exceeding $20 million annually.

The miniscopes are based around optical components including LEDs and gradient index (GRIN) lenses, and are able to track changes in calcium activity in neurons, helping to build up a picture of brain activity during animal studies of behavior and movement.

Writing about the Bruker deal on his LinkedIn page, Ghosh stated: “I founded Inscopix 11 years ago with the vision to build a platform to decode the brain in action.

“Brain disease and mental illness continue to take a growing toll on society and represent one of the greatest public health challenges of this century.”

Brain circuits in action
Ghosh added that to develop effective treatments for ailments like Alzheimer’s, better models of brain disease were essential for understanding the molecular and neural mechanisms that drive such diseases.

“The Miniscope was developed to address this need, and has become the core piece of Inscopix’s instrumentation platform for mapping brain circuits in action.”

Commenting on the thinking behind the Bruker agreement, Ghosh wrote that a strategic partner was now required for Inscopix to continue scaling up, and to transfer the technology for deployment by the biopharmaceutical industry.

Back in 2020 the two firms had agreed a collaboration combining the Inscopix technology with Bruker’s multi-photon imaging hardware.

“We share a common vision to build the neuroscience ‘lab of the future’ and to change the paradigm in CNS [central nervous system] therapeutics development,” added Ghosh.

“As Inscopix enters its next phase as a wholly-owned subsidiary of Bruker, Inscopix will retain its brand and I will continue to lead our team.”

Fluorescence microscopes
Just three days after announcing the Inscopix deal, Bruker said it would also be acquiring Canada-based Neurescence, which has also developed equipment capable of in vivo calcium imaging and optogenetics across multiple brain and spinal cord regions, at single-cell resolution.

“Along with our recent addition of Inscopix, this acquisition bolsters Bruker’s position as the leading provider of freely behaving animal imaging and photostimulation,” said Bruker’s Munch.

“Now, with Bruker, we can greatly increase the worldwide reach of this technology to enable researchers to gain deeper knowledge of neural network functions.”

Neurescence’s fluorescence “multiscopes” are based around bundles of optical fiber and GRIN lenses, with Bruker explaining that the firm’s flagship “Chromatone” product shifts the illumination and detection hardware away from a subject animal’s head.

“This enables simultaneous imaging and stimulation of three sub-types of neurons in up to four regions for flexible investigation of the central nervous system with single-neuron resolution in naturalistic behavior,” added the company.