Nine-month revenue up by 34 percent to €698 million with “organic growth” of 12 percent. 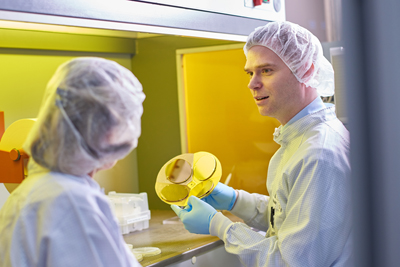 Primarily thanks to the sustained strong performance of its Advanced Photonic Solutions division, Jenoptik has continued on its path of profitable growth in the third quarter, this week posting a significant revenue increase of 34.4 percent to €698.0 million (prior year: €519.5 million).

The companies Jenoptik Medical and the SwissOptic Group, acquired in 2021, generated combined revenue of €117.8 million. The Group thus posted organic growth of 11.9 percent at the end of the first three quarters.

As in the prior quarters, Jenoptik achieved growth in all regions, with the greatest rise of 47.8 percent seen in Europe due to acquisitions. The strategic focus regions of Asia-Pacific and the Americas saw increases of around 20 percent. Overall, 76.3 percent of revenue was generated abroad (prior year: 81.5 percent).

“After nine months of 2022, Jenoptik has demonstrated its ability to grow and its resilience in a challenging environment. Strong revenue growth, also in the third quarter, a solid quality of earnings, and very healthy order intake and backlog figures all strengthen our confidence for the full year 2022,” commented Stefan Traeger, President & CEO of Jenoptik.

Pre-tax margin up to 17 percent

Despite increased costs, Jenoptik improved its quality of earnings in 2022. In absolute terms, the continuing operations generated an increase in pre-tax earnings (EBITDA) from €109.7 million in the prior year to €117.8 million at the end of September 2022.

The prior-year earnings had included a positive one-off effect in connection with the 2020 acquisitions worth €25.6 million. Without that, earnings on a comparable basis would have been €84.1 million and the growth rate 40.1 percent. The EBITDA margin from July to September grew from 18.9 percent in the prior year to 19.2 percent, and after nine months from 16.2 to 16.9 percent. 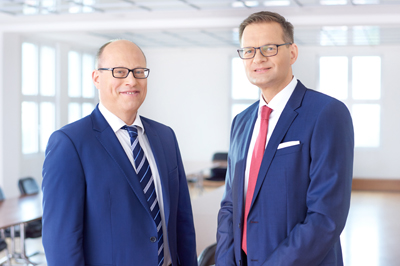 The positive trend in demand continued, the company stated. Both organically and due to acquisitions, the order intake grew by 32.1 percent to €884.5 million (prior year: €669.6 million). The Advanced Photonic Solutions and Smart Mobility Solutions divisions both saw growth well in the double-digit percentage range. At 749.8 million, the order backlog reached a record high, 38.0 percent up on the figure at the end of 2021 (End-2021: €543.5 million).

In view of the current uncertain development of framework conditions, the clear focus on a solid accounting and financing policy is the basis for the Group’s future growth and its “Agenda 2025” targets. The equity ratio further improved to 48.9 percent (End-2021: 44.4 percent).

Despite a significant increase in outflows from investing activities over the reporting period, the Group’s free cash flow before interests and taxes grew to €26.7 million (prior year: €17.7 million). The free cash flow in the continuing operations improved even more, from €11.1 million to €28.4 million.

“Our free cash flow of 28.4 million and equity ratio of 48.9 percent are a clear sign of Jenoptik’s strength as well as a solid balance sheet and sound financial position. This will enable us to successfully pursue our growth initiatives, even in these challenging times,” said Chief Financial Officer Hans-Dieter Schumacher.

Advanced Photonic Solutions with sustained growth in semiconductor equipment; from January to September 2022, the division’s revenue increased by 51.4 percent to €529.1 million (prior year: €349.6 million). Business with the semiconductor equipment industry continued to grow in the first nine months of the year, with Biophotonics and Optical Test & Measurement also generating considerably higher revenue. Without the revenue of €117.8 million generated by the companies acquired in 2021, organic revenue growth came to 18.0 percent.

Excluding the above-mentioned one-off effect, EBITDA grew by 53.6 percent, from €80.4 million to €123.5 million. The division’s EBITDA margin came to 23.3 percent, slightly up on the comparable prior-year figure of 23.0 percent.

As of September 30, 2022, the division continued to enjoy strong customer demand, with the order intake, driven by the semiconductor equipment industry and developments in the Biophotonics as well as Industrial Solutions areas, rising a significant 43.5 percent to €670.5 million (prior year: 467.1 million). The order backlog increased from €430.2 million at year-end 2021 to €588.9 million.

Business in the Smart Mobility Solutions division continued to revive in the third quarter. Quarterly revenue increased by 5.4 percent to €31.1 million. EBITDA grew by more than a third to €7.1 million, and the EBITDA margin increased from 17.9 percent to 22.7 percent.

In the third quarter, Jenoptik’s Non-Photonic Portfolio companies, which are led by automotive business, achieved an order intake which was 28.5 percent up on the prior year. This almost offset the weaker performance seen in the first half-year, with the order intake of €109.3 million at the end of the first nine months (prior year: €112.6 million). The order backlog remained high at €77.4 million (End-2021: €58.9 million).

After nine months, weaker development in the automotive industry over the year to date is reflected in a 5.2 percent decline in revenue to €91.1 million (prior year: 96.0 million ), with 2021 still including revenue contributions from the non-optical process metrology business, which was sold in July 2021. EBITDA of minus 2.8 million was also down on the prior-year figure of €4.4 million , especially as the prior year included one-off income of €3.6 million from the sale of the metrology business.

Last but not least, Jenoptik’s Executive Board said it “expects revenue in the upper half of the existing range of €930 to €960 million and EBITDA margin still between 18.0 and 18.5 percent.” But the statement also noted, “This scheduled growth in part presupposes that geopolitical risks do not worsen. These include, for example, the Ukraine conflict – with the sanctions that have been put in place and potential impacts on price developments, energy supplies, and supply chains. Uncertainties also exist with regard to the development of the Covid-19 pandemic, inflation, and continuing supply bottlenecks, even though Jenoptik remains confident of its ability to manage them.”