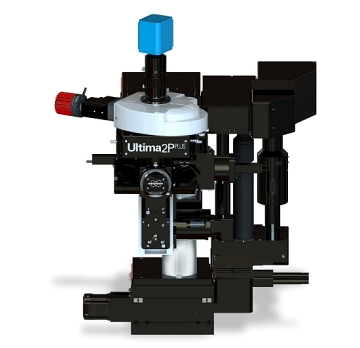 The Palo Alto company’s new “Multimodal Image Registration and Analysis (MIRA)” platform is intended to help provide researchers with a more precise and comprehensive understanding of neural function - and can be used on freely moving animals.

It does that by integrating miniaturized equipment developed by Inscopix for its existing “nVista” and “nVoke” systems with the high-resolution and multi-color imaging of brain cells with Bruker’s multiphoton microscopes.

Brain activity
Kunal Ghosh, CEO and founder at Inscopix, said in a release: “This partnership with Bruker is a key part of our strategy to work with partners in the neuroscience imaging industry to help researchers record, align, register, and correlate changes in neural activity in a defined population of neurons with changes in other brain cell-types and pathologies.”

Bruker says that, when used in conjunction with its Ultima multiphoton microscopes, the MIRA platform will combine the advantages of both regular and multiphoton techniques, overcoming previous technological limitations to provide a richer and more sophisticated understanding of the brain.

Xiaomei Li, general manager of the Nasdaq-listed firm’s fluorescence microscopy business, added: “We are always seeking out important collaborations with technological leaders, such as Inscopix, to help make functional brain imaging more routine and widespread in the neuroscience research community.”

Inscopix explains that its MIRA platform is designed for researchers to image large-scale brain activity at single-cell resolution in freely behaving animal subjects initially, an important consideration when attempting to probe normal neural activity in animals.

With the Bruker equipment, researchers will then be able to investigate the same field-of-view with multiphoton and confocal microscopes, to yield higher-resolution images at multiple wavelengths. However, that second step requires animal immobilization.

“The MIRA platform thus allows researchers to gain greater insights from cells of interest through dual-color imaging and the ability to compare calcium activity between freely behaving and head-fixed conditions by providing a solution for co-registering cells from both modalities,” said Inscopix.

Still here at #FENS2020 and eagerly waiting to meet you!

Visit the @Inscopix booth at the virtual exhibition hall today and tomorrow for a chat with our team about our latest tech including the MIRA platform.😃

SET UP a meeting and win an iPad 🎉➡️ https://t.co/T8ipVRmmCU pic.twitter.com/12ekEfv2Hn

Laser photoactivation
The combined system will include an adapter to integrate data from freely moving animals captured with Inscopix’ miniature microscopes with the multicolor laser scanning microscope data from immobilized animals.

Inscopix’ own software is said to be capable of co-registering images obtained from both types of equipment.

According to a blog post by Alice Stamatakis, senior lead scientist at Inscopix, in a proof-of-principle experiment the MIRA equipment was used to investigate medial prefrontal cortical (mPFC) circuitry during free behavior, in combination with a Zeiss Airyscan 880 confocal microscope.

Bruker is regarded as a pioneer in the use of two-photon techniques, with optical configurations allowing the use of rapidly pulsed infrared lasers to perform photoactivation and photostimulation with precise 3D localization.

Among the leading research groups to have used Bruker’s equipment for neurophotonics and optogenetics work is Rafael Yuste’s team at Columbia University in New York. Yuste is the co-director of Columbia’s Kavli Institute for Brain Science.

• A Los Angeles startup called Kernel, which is also developing photonics-based hardware for mapping brain activity, says it has closed a $53 million series C venture round.

Set up by serial entrepreneur Bryan Johnson, who has invested tens of millions of his own dollars into the firm, Kernel claims to have developed two key technologies, for detecting magnetic fields generated by neural activity in the brain, as well as blood flow.

Both of those rely on optics-based hardware - namely time-domain near-infrared spectroscopy (TD-NIRS) for blood flow, and “optically pumped magnetometry” - although the company admits it has not yet subjected any of the experimental work or findings generated by its hardware to peer review.

Seasoned investor Vinod Khosla, whose Khosla Ventures vehicle took part in the $53 million round, said in a Kernel announcement that the technology “now enables access to high-fidelity neural data at scale".

"Bryan and his team are building the next global platform of interconnectedness via brain interfaces,” Khosla added.