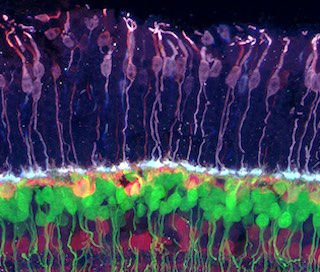 This month San Diego hosted Neuroscience 2016, the annual conference and trade show of the Society for Neuroscience, where both the latest research and several new product announcements confirmed the impact optical techniques are having in the field.

One theme among products at the show - such as the new optical module from Bruker previously covered on Optics.org - was the ability to both image and stimulate neurons via the same instrumental platform. Inscopix used San Diego to promote its nVoke system, intended to provide a single all-optical platform for measurement and modulation of brain activity patterns.

The nVoke platform can apply calcium imaging and optogenetics functions within the same 600 by 900 micron field of view, and should benefit researchers looking to determine the causal relationships between specific neural circuits and behavior.

"Simultaneously recording and stimulating defined populations of neurons in the brain during natural behavior has been an aspiration and a long-standing challenge in the field of neuroscience," commented Anatol Kreitzer, Neuroscience Program Director at the University of California, San Francisco, during the nVoke launch.

"As an early tester of nVoke, it has been exciting to experience first-hand its transformative potential for elucidating how neural circuit activity and plasticity shapes behavior, both in health and disease."

Industry involvement
The nVoke platform builds upon Inscopix's progress towards miniaturized microscopy platforms, work that formed the core of its inaugural brain mapping product, the nVista system. Speaking to Optics.org earlier this year, Inscopix founder and CEO Kunal Ghosh described how advances in micro-optics, solid state sensors and lens technology were all important to the development of an epifluorescence system compact enough to be used to monitor live animals during unimpeded activity.

However, the company noted at the nVoke launch that successfully integrating a calcium imaging system, and the 435-460 nm excitation it employs, alongside an optogenetics platform utilizing 590-650 nm illumination and all necessary associated systems, was a difficult technological challenge. This was in part due to the independent evolution of these relatively new technologies in the past decade.

Ghosh had previously commented at last February's SPIE Photonics West event that greater involvement from industrial partners and vendors alongside laboratory researchers would be one key to successfully realizing the potential of disruptive optical technologies in neuroscience, and he returned to the theme at the nVoke launch in San Diego.

"nVoke’s promise for bringing circuit-level investigations of brain function and behavior within reach of neuroscientists is, of course, hard to overstate," he said. "However, the unprecedented level of collaboration between the neuroscience research community and Inscopix that led to its development is equally significant. nVoke is emblematic of the game-changing technological innovations and scientific breakthroughs that are catalyzed when all of us in the neuroscience ecosystem work together in a cooperative and purposeful way."

Brain Initiative gathers momentum
A similarly holistic note was struck by the Brain Initiative, which used the San Diego meeting to spotlight the current range of funding opportunities available within the public-private neuroscience research effort.

The Initiative recently added a further 108 funded awards for fiscal year 2016, bringing the current grand total of its NIH-supported research projects to 233. A new interactive website from the Brain Initiative Alliance is also now online, part of an outreach to the scientific community and the wider public about the projects under way and the opportunities available.

New research listed for 2016 includes $1 million towards work by optoacoustics pioneer Lihong Wang at his new base of Caltech, a three-year project to develop a deep-penetration optoacoustic computed tomography platform intended to bring whole mouse brain imaging within reach.

Elsewhere a two-year project aims to produce a minimally invasive wireless photometry system for in vivo use in freely moving animals. A group from the University of Illinois at Urbana, Champaign - home of researcher John Rogers - envisages an "injectable" photometry platform in which fluorescence stimulated by a microscale inorganic LED is captured using a co-located microscale inorganic photodetector.

A project under Chris Xu at Cornell University is developing a platform delivering concurrent MRI and multiphoton imaging, that could over the next three years yield a deep-brain, high-resolution imaging technique able to study the relationship between neural activity at the cellular and network level.

Such synergies between distinct imaging approaches in the Brain Initiative and elsewhere - a German project recently investigated how to detect optoacoustic signals from the fluorescent indicators employed in two-photon microscopy - are sure to feature in the overview of brain imaging advances provided by the BIOS conference at next year's SPIE Photonics West, to be held in San Francisco in January 2017.