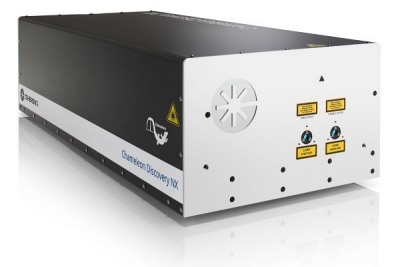 The bidding war to acquire laser company Coherent shows no sign of abating, with Lumentum responding to II-VI’s latest offer with another increased bid of its own.

Estimated to be worth $6.9 billion - slightly higher than II-VI’s latest offer - the new Lumentum deal would see $220 in cash and 0.61 Lumentum shares exchanged for each Coherent share.

Although Coherent has acknowledged receipt of the latest revised offer from Lumentum, the Santa Clara firm says its board of directors will carefully evaluate it before deciding whether to recommend it over the II-VI bid.

One key difference between the rival bids is a penalty clause in the original Lumentum offer that means Coherent would need to pay a termination fee of $217.6 million if it ends up rejecting Lumentum's approach. No such fee exists in the II-VI plan.

Silver Lake on board
Like II-VI, Lumentum has now engaged with the private equity sector to support efforts to acquire Coherent. Its latest offer includes a pledge to invest $1 billion in the combined company from Silver Lake, alongside more than $3 billion in debt financing.

II-VI’s latest offer, judged by Coherent at the time to be superior to that previously tendered by Lumentum, had included a $1.5 billion investment by Bain Capital and $4.8 billion of debt finance from J.P. Morgan.

Silver Lake chairman and managing partner Ken Hao said of the company’s involvement in the latest Lumentum offer: "We are very familiar with Lumentum and Coherent and have a clear line of sight into the unique breadth of opportunity created by this combination.”

“Based on additional work, we are confident that we can meaningfully exceed our prior synergy estimates and have identified an estimated $219 million to $244 million of annual run-rate synergies.”

Previously, those “synergies” had been estimated at $190 million per year, and it is not clear exactly what additional cost-cuts have now been identified. In its latest alternative merger plan, II-VI said it believed it could reduce annual spending by around $250 million within three years of the deal closing.

Bain thesis
II-VI has also revealed more details about the planned Bain Capital support, under which dividends will initially by payable at a rate of 5 per cent per annum.

In a presentation outlining the thinking behind its envisaged investment, Bain Capital said that it could invest up to $2 billion in the combination of II-VI and Coherent.

“We believe the photonics industry will be a double-digit growth business in the near term,” added Bain. “II-VI and Coherent are well positioned in their key segments [and] the two firms together would be a clear technology leader in the photonics value chain.”

The private equity giant indicated that cost savings would be found in the form of more efficient research and development, consolidated corporate costs, supply chain management, and internal sourcing of various materials and components.

“We believe the combined company will have a diverse set of profit pools [sic], which will in turn create strategic benefits and a more stable earnings profile,” Bain added.