Two of the most recognized names in the photonics sector set to join forces in $5.7BN deal. 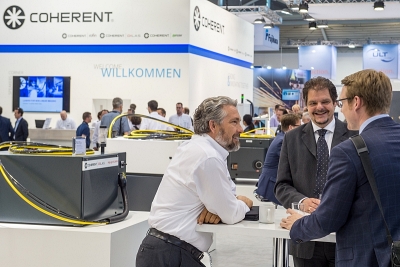 Lumentum and Coherent, two of the biggest and best-known companies in photonics, have revealed plans to merge.

The move will see Lumentum acquire Coherent in a cash-plus-stock deal valuing the latter at $5.7 billion - around a 50 per cent premium on its recent stock-market valuation.

Describing the historic Coherent brand as a “crown jewel of the laser industry”, Lumentum’s CEO Alan Lowe told an investor conference call discussing the plan: “I can’t wait to get the two teams together. It’s an incredibly exciting day for all of us.”

Lumentum will part-fund the acquisition with a new $2.1 billion loan. Assuming that both sets of shareholders vote in favor of the deal - and regulatory authorities do not object - the two companies should complete their merger in the second half of this year.

Coherent’s stockholders will receive $100 per share in cash, and end up owning just over a quarter of the combined company once the transaction is completed.

Diversification deal
Coherent brings to the table one of the most historically recognizable and respected brands in the photonics industry - as well as a very talented and innovative team, noted Lowe.

With Lumentum’s $1.9 billion annual revenues now dominated by sales into optical communications and 3D sensing applications, the addition of Coherent will give it both much greater diversification and an additional degree of vertical integration.

Figures presented by the two Californian firms suggest that the combination will have around a 15 per cent share of addressable markets currently estimated to be worth a combined $20 billion annually.

“The combined company will be better positioned to serve the needs of a global customer base increasingly dependent on photonics to enable important end-market transitions,” they announced.

Examples of that include the widespread shift to digital and virtual approaches to work and life amid the transition to 5G networks, alongside advanced bioinstrumentation and microelectronics, plus new materials for next-generation consumer electronic devices, OLED displays, communications equipment, electric and autonomous vehicles, and energy storage. 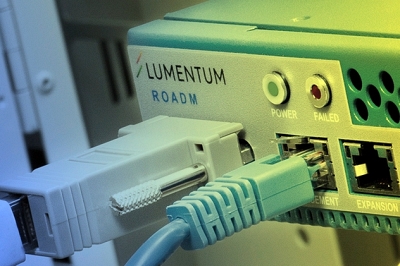 In recent months Coherent’s CEO Mattes had indicated a stronger focus on the more profitable areas of the business, adding that he wanted to “double down” on the emerging opportunity in laser weapons. The company has also exited the increasingly commoditized low end of the industrial fiber laser business in recent months.

‘The decade of photonics’
Mattes and Lowe both stressed the largely complementary nature of the two businesses, something that will give the combined entity a sprawling range of product lines. The two executives believe that this will also help the merger pass the various regulatory approvals required.

Critically, the executives add that the merger will give the combined entity a much greater influence when dealing with very large customers - especially in the consumer electronics sector, where photonics technologies like 3D sensing and OLEDs are playing an increasingly important role.

The move will also enable a significant degree of vertical integration, where components produced by either party might be used inside the other’s products, thus growing the “technology stack” that the business combination will be able to offer to customers.

“This decade will be the decade of photonics,” Mattes said during the investor call, adding that Coherent-Lumentum combination would be at the “front end” of that development.

Lumentum and Coherent also said that they had earmarked $150 million of annual “synergies” - in other words cost-cutting measures - to be implemented following completion of the deal. However, Lowe and Mattes both gave strong indications that research and development spending would remain high, maintaining the impetus of innovation for future business.

“The powerful research and development engine of the combined company will be primed to accelerate innovation in existing and future markets that need the unique capabilities that photonics bring,” announced the two firms.

As with Lumentum's earlier acqusition of Oclaro, it suggests that the focus for those cost-cutting measures will largely be found in site consolidation and back-office and administrative functions, alongside some savings from the greater spending power on raw materials.

• Both Lumentum and Coherent have both also announced better-than-expected preliminary sales figures for the closing calendar quarter of 2020. While Coherent's stock price rose in value sharply to reflect the Lumentum acquisition price, Lumentum's stock dropped 10 per cent as news of the agreement emerged.