Latest move in the ongoing merger saga gives Lumentum until March 17 to respond to ‘superior’ offer. 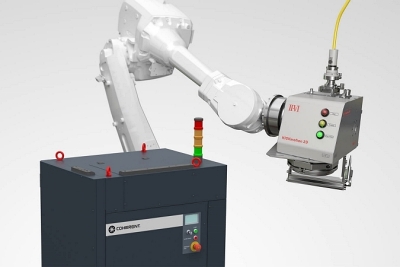 Coherent could now be set to merge with II-VI, after the latter increased its offer to acquire the Californian laser maker, trumping Lumentum for a second time.

Having deemed Pittsburgh-headquartered II-VI’s latest bid as officially “superior” to the revised proposal received from Lumentum last week, Coherent has now given its Silicon Valley until the end of March 17 to submit another improved offer.

If no such offer is received, Coherent says it will terminate the merger agreement signed with Lumentum back in January.

So far, Lumentum has said that it does not expect to make any further comments until that deadline expires - but pointed out once again that the original merger deal includes a hefty termination fee of $217.6 million payable by Coherent if it cancels the earlier Lumentum agreement.

$6.8BN valuation
According to the latest filings with the US Securities & Exchange Commission (SEC), II-VI is now offering $195 in cash plus precisely one II-VI share for each Coherent share acquired, meaning that Coherent stockholders would end up owning 19 per cent of the combined company.

The Pittsburgh firm, which is much more diversified than Coherent, says that combination equates to a total enterprise value of $6.8 billion, or just under $273 per Coherent share at recent prices.

That compares with II-VI’s earlier bid of $170 per share in cash and enough II-VI stock for Coherent’s shareholders to own 20.5 per cent of the combined entities.

When given a similar deadline last week, Lumentum responded with a cash-plus-stock offer worth $6.6 billion.

II-VI CEO Chuck Mattera pointed to the firm’s recent acquisition of Finisar as evidence of its ability to complete and execute large-scale mergers in the photonics sector while rapidly reducing overheads.

“Together with Coherent, we would have the resources to continue to invest in a broad range of opportunities and deliver sustained growth for all shareholders,” the CEO added.

“We also believe in the complementary fit, not only of our technology platforms and business models, but also of our people and company cultures.”