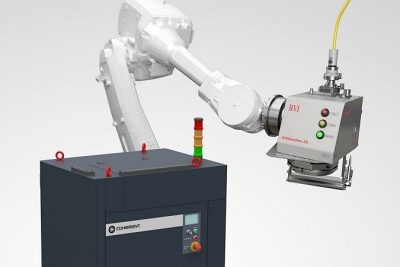 Optics and photonics giant II-VI has become the latest company to enter a bidding war to acquire the highly regarded laser specialist Coherent.

Pittsburgh-headquartered II-VI has offered a cash-plus-stock deal valuing Coherent at $260 per share, trumping both an initial deal agreed between the management of Coherent and Lumentum, and a rival offer made by MKS Instruments.

II-VI says that its offer represents a premium of 24 per cent on the $5.7 billion Lumentum deal, and is 10 per cent higher than the $240 per-share bid by MKS.

Chinese checkers
If it did come to fruition, a merger with II-VI would represent the latest in a series of major acquisitions by the company, notably that of Finisar in 2019 and a number of smaller deals that have seen II-VI scale up its advanced semiconductor wafer manufacturing capacity for vertical cavity surface-emitting laser (VCSEL) production.

II-VI CEO Chuck Mattera, who when asked about consolidation in the photonics industry last week replied that the company was “not done investing”, said in a release announcing the Coherent offer:

“The combination of II-VI and Coherent would create a uniquely strategic global leader capable of delivering to our customers the most attractive combination of photonic solutions, compound semiconductors, as well as laser technology and systems.”

Like Lumentum, II-VI has stressed the relative lack of overlap between its and Coherent’s product lines, with Mattera claiming that the proposed transaction would be less likely to fall foul of regulatory bodies, and have greater certainty of closing.

“In particular, we have not identified any competitive overlaps between Coherent’s and II-VI’s respective businesses in China,” said the CEO.

‘Hell or high water’ standard
While none of Coherent, Lumentum, or MKS has yet responded to the II-VI proposal publicly, Lumentum has highlighted what it describes as “misleading statements” by MKS in its offer. This also relates to the potential for state regulators to block mergers on grounds of competition.

“In stark contrast to MKS's proposed merger agreement, Lumentum has agreed in our Merger Agreement [sic] to undertake any and all steps and any and all regulatory remedies or commitments necessary - a "hell or high water" standard - to obtain antitrust approval in the US and all other jurisdictions other than China,” Lumentum stated.

“In China, Lumentum has agreed, among other things, to divest all of Lumentum's overlapping products. These commitments should address all concerns that could be raised by any antitrust regulator with respect to the merger contemplated by our Merger Agreement, and effectively eliminates all antitrust-related closing risk.”

Lumentum added that in the few areas where it did have overlaps with Coherent products, it had agreed to make divestments if necessary.

“Conversely, the proposed combination of MKS and Coherent has significant product and revenue overlaps, which are not adequately addressed in the MKS proposal and would likely result in a protracted investigation and negotiation with antitrust regulators,” Lumentum claimed. 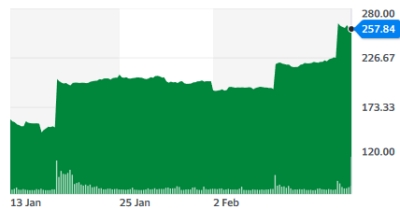 “The only way this would be resolved is a potential divestiture remedy, which MKS has not committed to make, and ultimately, would result in a substantial loss of value for Coherent's stockholders and a significant delay of closing.”

• Following news of the II-VI offer, Coherent's stock price jumped in value, to just below that of the $260 offer. Closing at just under $258 on February 12, that implied a market capitalization in the region of $6.3 billion. In contrast, II-VI dropped nearly 10 per cent.

Prior to the initial Lumentum offer, Coherent's stock had been trading at around $150. It leapt above $200 following news of that proposal, before rising again to $220 after MKS revealed its intentions.