Lumentum had been given March 11 deadline to revise its proposal as bidding war escalates. * see March 10 update 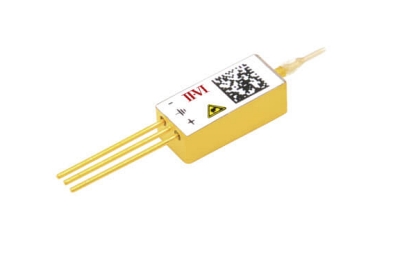 The battle to acquire laser giant Coherent has moved in favor of II-VI, after the Coherent board of directors unanimously agreed that II-VI’s offer was superior to rival bids from Lumentum and MKS Instruments.

Coherent and Lumentum revealed details of their original merger plan in mid-January, but within a few weeks both MKS and II-VI responded with unsolicited bids of their own.

Behind the scenes each of the potential suitors has since pitched revised proposals, and Bain Capital is now supporting the II-VI offer with a $1.5 billion equity investment.

Coherent has deemed that bid as currently the most favorable option for its shareholders, and given Lumentum until the end of March 11 to respond again before the original merger is terminated.

“Lumentum now has a window of four days to negotiate revisions to our existing merger agreement so that II-VI’s proposal is no longer considered a ‘Company Superior Proposal’,” wrote Coherent’s CEO Andy Mattes in a message to the company’s employees dated March 8.

II-VI CEO Chuck Mattera added in a separate release: "We stand ready to execute a merger agreement in the coming days."

$217.6M termination fee
Shortly after those announcements, Lumentum - headquartered just up the road from Coherent in San Jose - stated that it would review the latest II-VI proposal as it considered its next move.

But the photonics company also pointed out that Coherent would be faced with a substantial bill if the original merger proposal was scrapped.

“Under the terms of the definitive merger agreement, Coherent would be required to pay a $217.6 million termination fee to Lumentum if Coherent terminates the definitive agreement in order to enter into an agreement with II-VI,” said the firm.

MKS, which had increased its counter-offer from a cash-plus-stock bid of $240 per share to $250 per share, appears to have ruled itself out of upping the ante any further.

Though admitting disappointment, MKS’ CEO John Lee said: “We continue to believe that MKS is the best partner for Coherent, and our analysis with respect to synergies, leverage, and dilution gives us confidence that the near- and long-term value creation of our offer exceeds that of the competing offers. However, we remain disciplined acquirers.”

Bain Capital equity finance
According to Coherent’s latest filing with the US Securities & Exchange Commission (SEC), the “superior” offer from II-VI would see Coherent stockholders receive $170 per share in cash, and end up owning 20.5 per cent of the combined company.

Lumentum’s original proposal was worth $100 per share in cash, with Coherent stockholders set to own just over a quarter of the merged businesses.

If the II-VI deal does go ahead, it would create a company with combined annual sales of $4.1 billion and a hugely diverse portfolio of laser and photonics products across numerous market sectors and applications.

The two firms estimate their combined total available markets at $25 billion, with the potential for “synergies”, or cost savings, in the region of $250 million per year. II-VI highlights its recent acquisition of Finisar as evidence of a successful track record integrating large companies.

II-VI also claims that, of the three bidders, it would have the least business overlap with Coherent - suggesting that this would clear the path for regulatory approval and completion of the deal by the end of this year.

If that does come to pass, the $1.5 billion from Bain Capital - intended to reduce overall borrowings - would see two executives from the private equity giant join the board of directors of the merged businesses. Two Coherent directors are also expected to join the combined board.

* update (March 10): Lumentum and Coherent have revealed details of an amended merger agreement that is said to be worth $6.6 billion. According to the revised agreement, Coherent stockholders would receive $175 per share - up from the previous $100 and above II-VI's $170 offer - and go on to own around 24 per cent of the combined company following the merger.