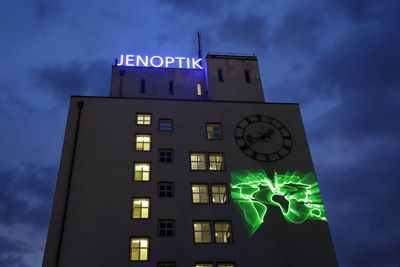 Jenoptik has this week announced that it achieved its forecast revenue figures and significantly exceeded its profitability target. According to the preliminary figures, released, Thursday, group revenue in the past fiscal year reached around €767 million (prior year: adjusted €837.0 million), approximately €28 million, of which were contributed by Trioptics, acquired in July, 2020.

Adjusted pre-tax earnings (EBITDA), including Trioptics’s contribution of around €4.6 million, totaled approximately €135 million (prior year: adjusted €138.0 million). In the 2020 fiscal year, adjustments totaling around €19 million, based on preliminary figures, were made for structural and portfolio measures. EBITDA of around €112 million was approximately 16 percent down on the prior year’s €134.0 million.

“In a challenging macroeconomic environment, we not only met our targets; we also significantly exceeded them, in particular with regard to profitability,” said President & CEO Dr. Stefan Traeger. “Notably, our photonics divisions Light & Optics and Light & Safety, as well as Trioptics, contributed to this success. Our strategy of focusing more strongly on the photonics markets, our initiatives for more innovation, and our increasing international reach are all paying off and prove that we are on track for sustainable and profitable growth.”

Orders up in Q4

In the fourth quarter, the company saw a significant increase in order intake compared to the prior quarters of 2020, to approximately €228 million, which was primarily attributable to the positive contribution by Trioptics but also good demand from the semiconductor equipment market. In total, the Group received orders worth almost €740 million in the past fiscal year (adjusted around 6.7 percent down on the prior year). 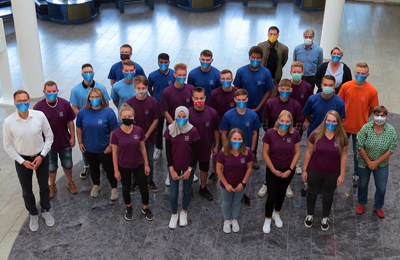 In 2020, Jenoptik succeeded in establishing a broader systems offering and winning both international projects and new customers. However, demand varied considerably by market and division as a result of the Covid-19 pandemic. While the Light & Optics division increased its order intake, the other three divisions received fewer new orders than in the prior year, due both to the pandemic and project-related business.

CFO Hans-Dieter Schumacher commented, “Despite the challenging market environment, we not only succeeded in further improving our profitability; we also secured Jenoptik’s liquidity, thus creating a good basis for further investment in the company’s future growth.”

On the basis of encouraging order intake development in the fourth quarter of 2020 and the order backlog on hand, a well-filled project pipeline, and continued promising development of the semiconductor equipment business, the Jenoptik AG Executive Board takes a positive view and expects further growth in the current fiscal year.