…while Jenoptik exceeds its own 2020 forecast for adjusted earnings margin. 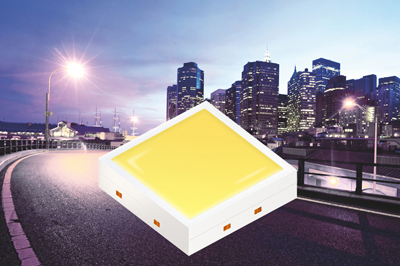 Osram’s Managing Board, in light of preliminary results for trading in first quarter of 2021, has this week decided to raise its revenue guidance for fiscal 2021.

The revised guidance was driven by what Osram called “an even swifter recovery of several markets and a very strong business development, in particular relating to the company’s Automotive and Opto Semiconductors business units, as well as the foreseeable positive effects of the continuation of consistent crisis management and efficiency programs.”

But Osram also noted, “This adjustment of the fiscal year guidance is based on the assumption that there will be no further Covid-19 lockdowns or considerable disturbances in the supply chain which would have a significant impact on the Osram business.”

According to preliminary results, in the first quarter of fiscal year 2021 Osram Licht AG achieved revenues of €840 million, comparable at the level of the prior-year quarter, an adjusted EBITDA margin of 19.3 percent (prior-year quarter: 13.0 percent) and positive free cash flow of €50 million (prior-year quarter: €7 million). The full set of quarterly figures will be published on February 9, 2021 as planned. 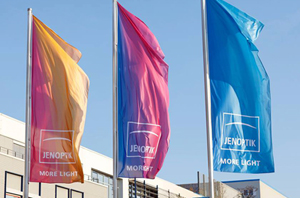 Jenoptik’s Executive Board announced on January 26th that it had “gained fundamental information in the process of preparing the consolidated financial statements for fiscal year 2020 that the Group’s adjusted EBITDA (pre-tax) margin will probably reach around 17.5 percent.”

This would mean the Group’s pre-tax earnings margin will be significantly above the expected range of between 15.0 and 15.5 percent including the contribution of Trioptics, acquired in July 2020, before PPA effects from the acquisition of TRIOPTICS).

Jenoptik’s statement added, “This is particularly due to lower than expected cost of sales attributable to project accounting at the end of the year as well as better utilization of production capacities in the photonic divisions.”

In its fiscal year 2020, adjustments for structural and portfolio measures totaled around €20 million. The EBITDA margin including the adjustments stated above is anticipated to exceed 14.5 percent. Revenue is expected to reach approximately €765 million, of which more than €25 million were attributable to Trioptics.