...and a Trumpf TruPrint 3000 laser AM system installed at UK’s Manufacturing Technology Centre. 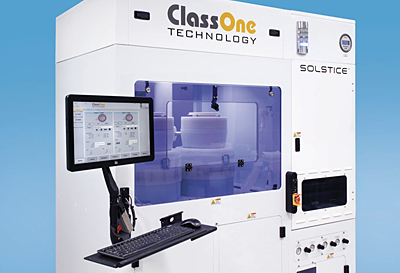 Semiconductor equipment manufacturer ClassOne Technology has sold one of its Solstice LT electroplating systems to Jenoptik for the manufacture of material for high-power diode lasers at Jenoptik’s facility in Berlin-Adlershof, Germany. Jenoptik builds in-house all the semiconductors that go into its diode lasers.

High-power diode lasers play an important role in optical pumping of solid-state lasers as well as in direct use applications such as material processing, sensing as well as in healthcare and life science. The dual-chambered Solstice LT is configured for high-performance gold processing.

ClassOne CEO, Byron Exarcos, commented, “The Solstice LT for Jenoptik is specially configured with our GoldPro processing chamber. This can deliver unprecedented levels of repeatability – wafer-to-wafer, die-to-die, within-die, and within-feature.”

The Solstice system provides electroplating specifically for ≤200mm wafer processing. It includes fully-automated 8-chamber and 4-chamber systems with up to 75-wafers per hour throughput as well as a 2-chamber semi-automated configuration that can be used both for process development and production. 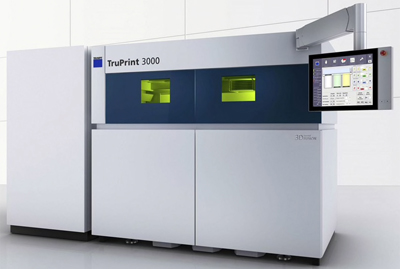 New at the MTC, the Truprint 3000S enables integrated manufacturing.

A TruPrint 3000 metal additive manufacturing system from Trumpf has been acquired by the Manufacturing Technology Centre, based in Coventry, UK. Installed within the MTC’s National Centre of Additive Manufacturing (NCAM), Trumpf system, which is based on laser metal fusion technology, now forms a key part of the NCAM capabilities.

Established in 2010, the MTC is an independent research and technology organization, which has the aim of bridging the gap between academia and industry. The MTC provides integrated manufacturing system solutions for customers, across sectors as diverse as automotive, aerospace, rail, informatics, food & drink, construction/civil engineering, electronics, oil and gas and defense.

The MTC also hosts the NCAM, which accelerates the uptake of AM by developing the technology and systems required to address the key challenges within the AM value chain. NCAM is the instigator of the DRAMA project (Digital Reconfiguration Additive Manufacturing facilities for Aerospace), a three-year, £14.3 million collaborative research project that is part of the UK’s Aerospace Technology Institute’s program, due to be completed later in 2020.

“The idea behind installing the TruPrint 3000 is to showcase laser powder bed technology,” said Ross Trepleton, Chief Engineer at the MTC. “We’re trying to demonstrate to industry the fundamental differences between the various AM technologies available on the market.”

“With machine commissioning and training complete, the TruPrint 3000 is available to any company that has an interest in metal AM,” he added. “Those coming to use the machines will soon discover which works best for their particular application, ultimately helping to guide their investment decisions.”