From Ford Burkhart in Tucson, Arizona 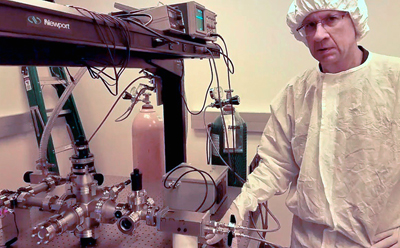 A new market-ready, photonics-based spectrometer can detect Covid-19 faster and more accurately than most other screening devices, according to a spinoff company from the University of Arizona’s (UA) Wyant College of Optical Sciences.

The system is simple, consisting of a light source, a grating, a detector – like in a cell-phone camera – and a few mirrors. The detector catches a “fingerprint” in the reflected light from the sample that can identify the presence of the virus.

The spinoff, called Botanisol Analytics, has won a $1.5 million contract to build its systems for the Air Force Research Lab, a US agency, based at Wright-Patterson Air Force Base in Ohio, that seeks to develop novel warfighting technologies.

Botanisol says that its spectrometer soon to be headed for the U.S. Air Force Research Labs, "will be 18 times faster and 110 times cheaper than devices using a polymerase chain reaction," a biological technique for detecting viral RNA.

The company's previous work has included the 785+ Surface Enhanced Spectrometer, which is similar to instruments shown to detect viruses with up to 99% accuracy. 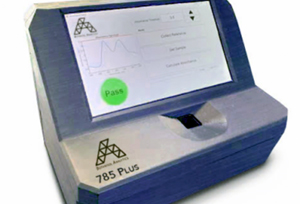 UA’s Tom Milster is now working on a next-generation device he invented employing the same techniques that he expects will perform Covid-19 screening with a capacity “potentially several thousand times more sensitive, just with a different configuration of components.” Milster is an SPIE fellow and frequent presenter at its meetings.

The wavelength used determines the accuracy of the machine, which he said is between 2,000 and 6,000 times more accurate than previous Raman spectrometers. This device runs at 785 nanometers.

Milster’s anticipated next device will operate at 121.6 nanometers, “and that’s the main reason the new device will give us several thousand times more sensitivity,” he said.

The innovation “is poised to make an immediate impact on one of the most serious global crises in modern times," commented UA President Robert Robbins.

David Talenfeld, CEO of Botanisol, which is based in Phoenix, Arizona, said, "We can rapidly recalibrate these systems to detect Covid-19 and other pathogens, from the common flu to future, as yet unknown threats. When a new virus is detected anywhere, all machines everywhere can be trained to look for it immediately, by software update."

The team has so far raised $1.7 million in investment capital with an additional $1 million offered as a match to any federal funds.