To lead new NSF Center for Quantum Networks – in partnership with Harvard, MIT and Yale. 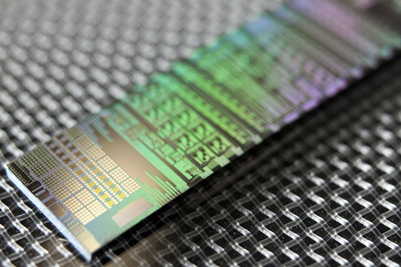 Foundations of the quantum internet

The CQN is intended to lay the foundations of the quantum internet, which, the university says “will create a fabric to connect quantum computers, data centers and gadgets using their native quantum information states of quantum bits.”

University President Robert C. Robbins commented, "The University of Arizona has been fortunate to attract key talent in quantum optics, materials and information sciences. It is rewarding to see our deep culture of collaboration across campus position us to lead this ambitious project."

Saikat Guha, CQN director and principal investigator and associate professor of optical sciences, added, "The transformation of today's internet through quantum technology will spur entirely new tech industries and create an innovation ecosystem of quantum devices and components, service providers and applications,” adding, "What we are proposing to do with CQN is analogous to the critical role played by the ARPANET, the historical precursor to the internet." 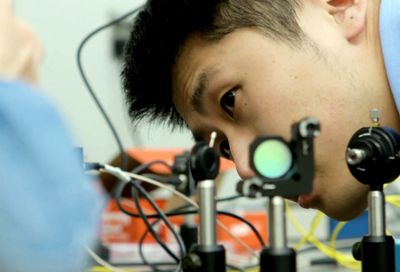 A major focus of the CQN team will be research to advance quantum materials and devices, quantum and classical processing required at a network node, and quantum network protocols and architectures. CQN also aims to demonstrate the first U.S.-based quantum network that can distribute quantum information at high speeds, over long distances, to multiple user groups.

CQN will also be investing strongly in Engineering Workforce Development, led by professor Allison Huff, director of CQN's EWD program and assistant professor in the College of Medicine – Tucson. CQN will define the necessary core competencies of quantum engineers, not only providing them with the necessary technical tools but teaching them to be adaptive, creative innovators in a globally connected world.

In its commitment to inclusion, CQN will also enhance the talent pipeline by offering student opportunities and participation across all CQN university partners, and working to nurture more broadly the particularly strong STEM outreach from CQN partners at Howard University and NAU.

CQN will also be charged with providing value creation to America's economy under its Innovation Ecosystem program led by Justin Walker, CQN's innovation director and associate dean for business development and administration at the Wyant College of Optical Sciences. 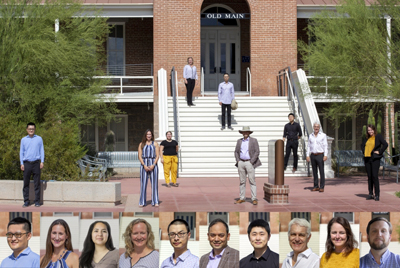 As was the case with today's internet, quantum networking technologies show great promise for U.S. economic development. In addition to the nine university research partners, a large innovation ecosystem of over 10 companies and the potential of $2 billion of venture capital has been cultivated during the proposal process.

A key component of CQN's Innovation Ecosystem is a partnership with the Quantum Economic Development Consortium, a National Institute of Standards and Technology-led consortium aimed to form a functional bridge between quantum information science and engineering researchers and the industry.

This is the third ERC led by the University of Arizona. The other two are the ERC for Environmentally Benign Semiconductor Manufacturing, led by the College of Engineering, and the Center for Integrated Access Networks, led by the Wyant College of Optical Sciences. CQN will be bolstered by the Wyant College's recent endowments – including the largest faculty endowment gift in the history of the University of Arizona – and the planned construction of the new Grand Challenges Research Building, supported by the state of Arizona.