By Ford Burkhart at Photonics West in San Francisco 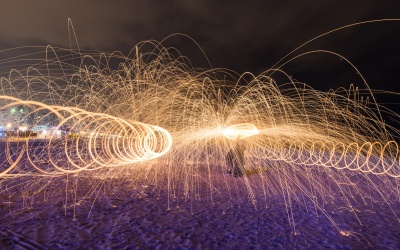 Field sensors of tomorrow will be able to use geodesy and quantum information.

Integrating quantum sensors will require plenty of help from the photonics community, a top DARPA researcher said in a presentation at Photonics West in San Francisco, last week. The US Defense Advanced Research Projects Agency (DARPA) is an agency of the US Department of Defense responsible for the development of technologies for military use.

Some devices cited by John Burke, of DARPA’s Microsystems Technology Office, would help PC-toting warfighters of the future, like technology from AMBIIENT (Atomic Magnetometer for Biological Imaging in Earth’s Native Terrain). As an example, Burke cited the intrinsic magnetic gradiometer.

He was a keynote speaker at Photonics West’s Quantum Sensors and Photonic Systems conference, held last week at the Moscone Center.

Field sensors of tomorrow will be able to use geodesy and quantum information to calculate, for example, how much water California is using at any given time. “The hardest part involves the lasers and detection techniques, and those are photonics systems basically,” Burke said.

“Quantum information is the most exciting part,” he added. 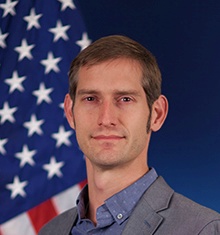 A quantum sensor, he explained, is basically a box receiving excitation energy from an external field, with qubit controls to provide output.

“How to achieve that is the question,” he said.

New quantum sensors will make use of four-plus lasers to address various quantum states to a high degree of accuracy. The challenge for DARPA, Burke said, is “how to make things smaller. So far, we have been successful in doing so.”

“We’ve got the device size down to a fraction of a liter, and that will be useful in the real world.” The breakthroughs, he said, have enabled creation of an integrated photonic chip that works.

“You can’t buy this yet,” he said, “but we are approaching criticality. We are getting close. And that is mostly due to integrated photonics really.” .

The DARPA program called A-PhI provides “the vision for how to shrink it down,” Burke said. “It is still nascent right now, but we are improving all the time.” .

The components, including trapped ion qubits, “are very fragile, and hard to work with,” he said. And DARPA has “a stack of things to get right – the physics, the photonic interface, sources, systems, electronics”.

Some solutions are “years away,” Burke said, “but it’s all doable.”

The goal of the program called ACES is all about miniaturizing more mature atomic clocks.

Burke cited work on atomic photonic integration at several sites, including the University of Arizona, which is working with Honeywell and U.C. Santa Barbara on components to trap and cool strontium atoms. Other work is unfolding at the University of Colorado – Boulder, at NIST, Caltech and Yale. “There are a lot of people working in this group,” Burke said.

Sandia in New Mexico and the Lincoln Lab at M.I.T. are working on relating issues with ions.

The future integrated photonics chip, he said, is now “pretty large,” roughly more than a few centimeters square, looking a bit like a small mousetrap, with a metamaterial chip on top.

“We need help with lots of issues, with frequency sources, frequency control elements. Everything has to be exact to many digits. We need agility, and amplitude control. This gives you a sense of the photonics we need to make this go.”