$13.7 million earmarked over next few years to help extend range of quantum-encrypted networks. 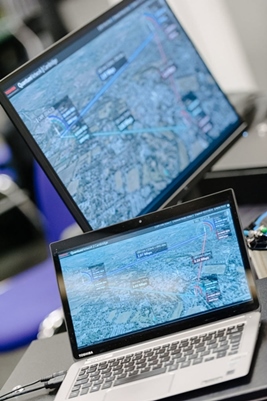 A set of new photonics-based research projects intended to help extend the range of quantum-encrypted networks has been backed with $13.7 million from the US Department of Energy (DOE).

The technology is needed because quantum encryption is based around the transmission and detection of single photons, meaning that the maximum length of a link secured by quantum phenomena – for example as polarization or phase – is severely limited by fiber-optic attenuation, even in ultra-low-loss fibers.

Paul Dabbar, the Under Secretary of Science at the DOE, said in departmental release: “We are on the threshold of a new era in quantum information science and quantum computing and networking, with potentially great promise for science and society.

“These projects will help ensure US leadership in these important new areas of science and technology.”

Project aims
The aim of the various efforts, led by national laboratory teams with some participating universities, is to develop wide-area quantum networks and long-distance quantum communication, by boosting their range dramatically.

“New science and technology, such as quantum repeaters, will be needed to extend the current very limited range of such quantum networks,” stated the DOE.

The Oak Ridge effort, supported by the University of Arizona, is set to receive $3.2 million over four years, and will look to develop all-optical quantum repeaters for fiber networks.

At Fermi, the team of collaborators including Caltech and Northwestern University will also receive a total $3.2 million to work on what they call the “Illinois-Express quantum network”.

Meanwhile the SLAC project to develop an integrated platform for quantum photonic networks will receive $2.35 million, and the Brookhaven team – including the New Jersey Institute of Technology – receives $2.4 million to work on an inter-campus network enabled by atomic quantum repeater nodes.

Finally, the Sandia effort gets $2.55 million to work on quantum transduction and buffering between microwave quantum information systems and “flying optical photons in fibers”.

In a similar move last year, the German government earmarked nearly €15 million for the "Q.Link.X" effort, which is scheduled to run through 2021. Quantum networks are typically limited to distances of less than 100 km before requiring additional encryption at a secure site, although some recent experiments have indicated that significantly longer links are possible.