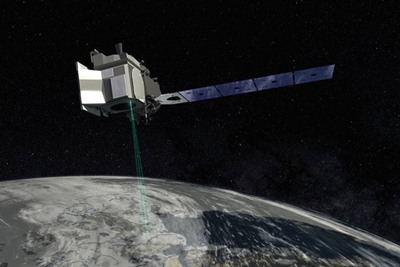 NASA’s ‘ICESat-2’ satellite, featuring a single-instrument laser altimeter payload, has launched from California’s Vandenberg Air Force Base and is said to be “healthy” on arrival in orbit, with its four solar panels deployed.

The mission, delayed and significantly over its original budget, will use the Advanced Topographic Laser Altimeter System (ATLAS) to monitor annual changes in the height of the Greenland and Antarctic ice sheets to a precision of just 4 millimeters.

NASA says that the laser altimeter will be activated around two weeks after initial testing is complete, gathering data from its polar orbit at an average altitude of 290 miles.

Laser details
Developed by the Virginia-based photonics and engineering services company Fibertek, the two flight lasers aboard ICESat-2 emit millijoule-scale nanosecond pulses at 532 nm and a rate of 10 kHz.

Expected to operate continuously over the three years of the mission, that equates to around a trillion pulses in all – with Fibertek saying that the tough performance metrics represent a significant increase in the complexity and reliability requirements for a laser system in space.

The optical design of ATLAS splits the laser source into three separate pairs of beams that are fired towards Earth at different angles, such that there is a 3.3 km gap between beam pairs.

This contrasts with the approach used on the original ICESat mission that flew between 2003 and 2009 but whose laser only operated at 40 Hz, thus providing much denser cross-track sampling.

For Earth scientists and studies of climate change, the altimeter should yield a height measurement every 70 cm along the orbiting track, with Fibertek saying that elevation estimates in sloped areas and rough surfaces around crevasses will be much improved.

According to the ICESat-2 team, of the approximately 20 trillion photons leave ATLAS with each pulse only about a dozen return to the satellite’s telescope after a round trip of around 3.3 milliseconds.

To detect those returning photons, the system is equipped with a 76 cm-diameter beryllium telescope. A series of filters ensure that only light of precisely 532 nm reaches the detectors, preventing exposure to reflected sunlight.

Budget overspend
Back in 2014, ICESat-2 was estimated to be some $200 million over budget, at which point the future of the mission was believed to be in some jeopardy. 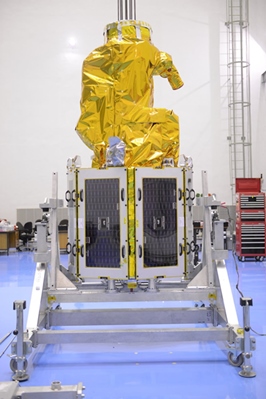 Following the September 15 launch, ICESat-2 project scientist Thorsten Markus from NASA’s Goddard Space Flight Center said that while the launch was “incredibly exciting”, the most anticipated part of the mission would begin when the laser was switched on.

“We are really looking forward to making those data available to the science community as quickly as possible so we can begin to explore what ICESat-2 can tell us about our complex home planet,” he added.

As well as documenting subtle changes in the Earth’s polar ice caps the high-resolution data – which will be made available to the public via the US National Snow and Ice Data Center - should improve forecasts of sea level rises resulting from melting polar ice sheets, and assessments of how that sea ice loss affects the oceans and atmosphere.