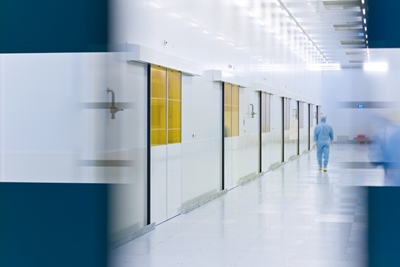 Executives at the lithography giant ASML say they are expecting the company to ship 12 new extreme ultraviolet (EUV) tools this year and another 20 next year, with upgrades to kit already in the field filling out the order book.

The Veldhoven, Netherlands, firm's senior management team told an investor call to discuss the opening quarter of 2017 that the year was “off to a great start”, with the laser-powered EUV tools forming a key plank as ASML posted its highest ever backlog.

Different strokes
While there is still some confusion about exactly when and where EUV systems are going to start manufacturing state-of-the-art semiconductor devices in production volumes, ASML’s CEO Peter Wennink said the firm was in weekly discussions with its key customers, and played down any significance in the absence of any recent public announcements of volume purchase agreements (VPAs).

Noting that the precise rate of EUV adoption and installation by the likes of Samsung, Intel and TSMC was different for each customer, he pointed to a current backlog featuring 21 EUV tools – including three new orders in the opening quarter of 2017 – as evidence of confidence in the technology.

The company recently shipped its first “NXE:3400B” production EUV tool, expects to ship another three in the current quarter (ending June 30), and booked orders for three more during Q1.

In all, 12 EUV systems should ship this year as ASML’s engineers ramp up their output, a figure expected to rise to 20 systems in 2018. Wennink says that when upgrade orders for four NXE:3350B research tools currently in the field are added to the total, it means that the company will effectively provide 24 mass production systems next year – in line with earlier plans.

“It’s a clear indication that this technology [EUV] has become a part of our mainstream business,” the CEO told investors, describing the NXE:3400B tool as the future EUV “workhorse”.

“In EUV, we started shipping the first NXE:3400B system late in Q1 and completed shipment early in Q2.” | https://t.co/RGSm6IIThx pic.twitter.com/CsFz9OcZJo

Too early for Gigaphoton source option
ASML’s CFO Wolfgang Nickl reiterated that confidence, saying that he expected “decent” order flow in terms of EUV demand to be reflected in the company’s next set of results, in three months’ time.

“We’re in pretty good shape, [and] you’ll see orders in Q2,” he said, with Wennink adding that the current lead time for EUV equipment – averaging around 18 months, though variable depending on specific options – should be reduced to half that time in the future, as ASML’s personnel gain experience.

Wennink is not worried by the absence of any VPA announcements since Intel’s commitment to the technology two years ago, highlighting the regular contact between ASML and five customers with EUV orders – some of whom are now putting “pedestals” in place on their production lines, ready to host the state-of-the-art tools once delivered.

The CEO stressed that the lack of recent public pronouncements by customers in terms of EUV orders merely reflected the fact that VPAs were the result of commercial negotiations on specific options and costs, something that is separate to the wider planning processes that drive ASML’s tool production ramp.

Asked whether ASML was giving any consideration to including laser-driven EUV light sources developed by Japan’s Gigaphoton – rather than its own internal supply from San Diego subsidiary Cymer – in production systems, Wennink said that any such adoption could not happen until “way into the next decade”.

“It’s potentially something from the future, [but our customers] want something that they can use now,” he told investors. Gigaphoton claims to be making solid progress with a 250 W power EUV light source that operates more efficienctly than the Cymer version.

High-NA future
In another look towards the long-term future, Wennink was asked about the cost implications of adopting high-numerical aperture (high-NA) optics inside future EUV tools, to further shrink feature sizes beyond what will be possible with the first generation of systems.

The CEO indicated that even though the high-NA EUV tools are likely to cost upwards of €200 million each - twice as much as the NXE:3400B – this still looked like a more economic option than introducing double-patterning schemes, as has been done with deep-UV (DUV) lithography equipment.

“As far as we’re concerned, high-NA is clearly the economic solution,” he said.

In a bid to ensure that the high-NA technology is developed in time, ASML is in the process of acquiring a 25 per cent stake in its main optics provider for lithography equipment, Carl Zeiss Semiconductor Manufacturing Technology (SMT).

SMT is part of the highly profitable Carl Zeiss Group, but is understood to require the €1 billion ASML investment to reduce the risk of developing a cutting-edge technology for what is likely to be a single customer.

While initial EUV tools have an optical system with NA of 0.33, the future optics will feature an NA in excess of 0.5, meaning that several subsequent generations of geometric chip scaling ought to be possible.

But that capability will come at a vast cost, well beyond even the estimated €20 million price of the optics in the current generation of EUV systems now starting to arrive on the production floor. 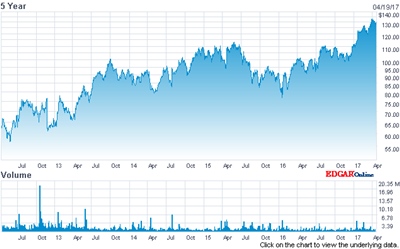 ASML expects to complete the SMT deal before the end of June, but is still waiting for clearance from regulators in China.

Overall, ASML posted Q1 2017 sales of €1.94 billion, higher than had been expected and thanks partly to strong demand for service and field sales. Although the company has not yet issued any specific sales guidance for the full year, some analysts are expecting the total to come in at around €8 billion – up from the record €6.8 billion posted for 2016.

• ASML’s stock price slipped back around 2 per cent in early trading on the Nasdaq exchange following the latest company update. However, at around $128 per share, the stock remains close to last month’s all-time-high closing price of $133.79, and equivalent to a market capitalization of around $55 billion.