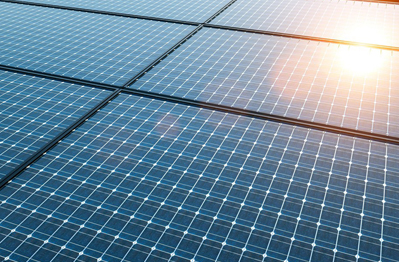 Perovskite thin films are prone to degradation when exposed to moisture.

Despite their huge potential, the way perovskite solar cells respond to external stimuli – such as heat or moisture – has a considerable impact on their stability. Researchers at EPFL and from Korea have identified the cause of degradation and developed a technique to improve stability, enabling potential widespread adoption of these cost-effective and efficient solar cells.

Perovskite solar cells (PSCs) can be made with low-cost materials, are highly efficient, can surpass traditional silicon solar cells, and have the potential to revolutionize renewable energy. However, one of the current drawbacks preventing their widespread use has is their lack of operational stability.

The team of scientists at EPFL and Sungkyunkwan University in South Korea have found a way to improve the stability of PSCs. The researchers focused on the degradation of perovskite thin films, which can be damaged by exposure to moisture, heat, and light. The study was carried out by the groups of Professors Michael Grätzel (EPFL) and Nam-Gyu Park (Sungkyunkwan University), and published in Science.

The work is described in Science.

The scientists looked at two specific crystal facets, a term that refers to the crystal’s flat surface, characterized by a particular arrangement of atoms.The arrangement of atoms on these facets can affect the properties and behavior of the crystal, such as its stability and its response to external stimuli like moisture or heat.

The researchers looked at the (100) and (111) facets of perovskite crystals. The (100) facet is a plane that is perpendicular to a crystal's c-axis with its atoms arranged in a repeating pattern in the form of a square grid. In the (111) facet the atoms are arranged in a triangular grid.

The study found that the (100) facet, which is most commonly found in perovskite thin films, is particularly prone to degradation as it can quickly transition to an unstable, inactive phase when exposed to moisture. In contrast, the (111) facet was found to much more stable and resistant to degradation.

The researchers also identified the cause of the degradation and found that it was due to a strong bond between the perovskite and water molecules, which caused the transition from the stable to unstable phase. They used this information to develop a strategy called "facet engineering," in which they used special ligand molecules to grow the more stable (111) facet. This resulted in perovskite films that were exceptionally stable and resistant to both moisture and heat.

The study represents an important step forward in the development of PSCs, as stability is a major hurdle to their commercialization. The findings provide a better understanding of how the different crystal facets contribute to the stability of the films; by identifying the most stable facets and finding ways to encourage their growth, it may be possible to improve the overall stability of PSCs and accelerate their entry into the market as a reliable and cost-effective source of renewable energy.