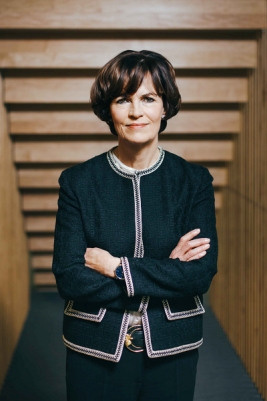 Trumpf has reported a sharp rise in both sales and orders for the year ending June 30, 2022, thanks in part to a boom in demand for ultra-high-power carbon dioxide lasers used inside ASML’s hugely complex lithography equipment.

At €4.2 billion, the preliminary sales figure was up 20 per cent from the total of €3.5 billion reported for the prior year. Meanwhile orders jumped more than 40 per cent, to stand at €5.6 billion.

Those increases came despite the impact of supply-chain constraints that are affecting virtually every sector, with Trumpf’s CEO Nicola Leibinger-Kammüller commenting:

“Despite a high order backlog, we ended up making fewer machines and laser systems than we could have done due to the ongoing shortages in semiconductor and electronic components.

“But the strong economic momentum we’re seeing in the US and across Europe is encouraging, and we’re now benefiting from a growing demand for e-mobility solutions and for technology in other areas.

“We're entering the new fiscal year with robust order books, but the disruptions and uncertainty in global supply chains are likely to continue for some time.”

EUV demand
The boom in business is due in no small measure to the success of ASML’s extreme ultraviolet (EUV) lithography systems, which use a combination of CO2 and solid-state lasers to produce an EUV-emitting plasma when they are fired at a stream of tin droplets.

Those systems, which typically sell for around €160 million each, are needed to pattern critical layers into state-of-the-art semiconductor devices. Having been used in logic chip fabrication initially, the EUV technology is now being adopted by makers of memory chips.

ASML said last week that there was still no sign of a let up demand for the equipment, despite some chipmakers anticipating a drop-off in business as sales of smart phones and other consumer electronics goods begin to slow.

And the Dutch firm’s CEO Peter Wennink pointed out that billions of dollars were currently being invested in eight new giant semiconductor fabrication facilities, each of which will feature EUV systems.

The reliance on lasers from Trumpf means that The Netherlands is now the laser company’s best-performing market, accounting for sales of around €840 million in the latest fiscal year - up from €460 million, having overtaken sales to Germany, China, and the US in the past year.

Trumpf, which will reveal much more detailed financial results and profitability figures in October, said that the US now represents its second largest geographical market, with sales climbing from €485 million to around €655 million.

Company headcount has risen alongside sales and orders, with the Ditzingen-headquartered company now employing some 16,500 people - up from 14,800 a year ago.